Is it weird that I’m gaming more now than I had been pre-COVID? In 2019, I ran and played at about 100 of Tri-City Area Gaming’s (TAG’s) 200+ events, including our large day/weekend-long conventions (though playing at those was barely possible for me since I was managing the events). I was in a weekly D&D (Dungeons & Dragons) group, and that was it. Now? I’m running Dungeon World monthly for the group I spoke about last year and running a second occasional Dungeon World game for the kiddos of one of the couples from the core Dungeon World group.

I’m playing in a regular weekly D&D group, and every now and then, I sub in as GM (Game Master, sometimes called a DM, or Dungeon Master) to run Monster of the Week (another Powered by the Apocalypse game where you’re all ghost hunters and demon slayers in modern times having to deal with social angst as often as supernatural evils). I’m also in a monthly SLA Industries game made up of folks from my pre-COVID D&D group and another couple. TAG has organized a virtual game night every Friday for the majority of quarantine that I’ll pop into occasionally, and we’re back to hosting monthly game nights at Moonshot Brewery and Paper Street. I’m looking to pick up my GM Workshop in the spring.

COVID forced a lot of our gaming routines to adapt, and much like workspaces that realized that remote working was incredibly efficient, remote gaming has made getting together to play a lot easier. When you don’t have to worry about food, or a commute — or pants — finding time to dungeon delve for a few hours a week from the comfort of your home is an easier commitment to make. Because of that, I’ve found it a lot easier to pick up new systems and try them out with my gaming groups.

If the most difficult part of getting together to game was actually getting together, the second most difficult part was introducing a new system and a brand-new learning curve to folks who just wanted to sit down and play. Since game time isn’t as precious now, there’s less risk involved in having a bad game night if something new doesn’t end up being fun. It makes it easy to tuck one-shot systems inside of larger campaigns.

For instance, I ran my regular Dungeon World group through a session of 10 Candles (a game intended to be started and ended in one session as all characters die at the end) as an intercalary chapter to the regular campaign. In our story, the group had just escaped the city of Bagnan as it was being torn apart by social division. For one night, the players took on the roles of people still trapped in Bagnan as interpersonal chaos was overtaken by a basalt tower rising up from the town center and engulfing the town in ash and fog. It allowed the players to experience what happened in the city without exposition and without risk to the characters they’d invested over a year’s worth of playtime into. It also gave the players a chance to enjoy a new game within the context of a setting they were already familiar with using an entirely different set of storytelling mechanisms. I have Avery Alder’s The Quiet Year queued up for the next time the group’s Player Characters leave their current primary location.

So, partly because of COVID, I’ve had an excuse to actually read systems with the idea that I can bring them to the table. The folks over at Penny Lantern have created two significant derivative works based on Dungeon World. Homebrew World is a significantly streamlined version of Dungeon World intended to get to play faster and run for only a handful of sessions. At the other end of the spectrum, they’ve created Stonetop: a campaign setting where instead of players controlling a traveling band of adventurers, they play social fixtures in the eponymous village. Characters love their town and work constantly to protect it from negative external and internal influences. Personal advancement is coupled with village advancement, and there’s a fantastic magic item (Arcana) system.

I’ll be running a session of Stonetop at OrcaCon (the first convention I will have attended in person in almost two years) and can’t wait to introduce people to it. Avatar: The Last Air Bender’s tabletop RPG will be out early this year, and I’m seriously tempted to strip the copyrighted info from it and create a campaign for an actual play podcast.

Lastly, this past year has given me time to think about new projects for TAG and 2022. We’ll soon be officially announcing and fundraising for a gaming tournament awarding scholarships to local high school students entering STEM or game design academic programs. The designers of the games I’m intending to use have been enthusiastically supportive, and the process of designing and producing training copies of the games is nearly complete. I’m excited to begin reaching out to our community partners to officially start the program. You can follow us on Facebook, or join our mailing list to get information as it develops.

While 2021 saw a number of challenges to getting back to gaming, it certainly brought a lot of opportunity with it. Here’s hoping that 2022 continues to make gaming more accessible, safer, and just more common than it has been in years past.

Brendan Quinn is the President of Tri-City Area Gaming, a nonprofit dedicated to making games inclusive and accessible to everyone.
We’re slowly starting to re-enter the world of in-person events. Find us at
tricityareagaming.org and on Facebook: @TriCityAreaGaming.
Join us on Discord: discord.gg/gAgZzYz 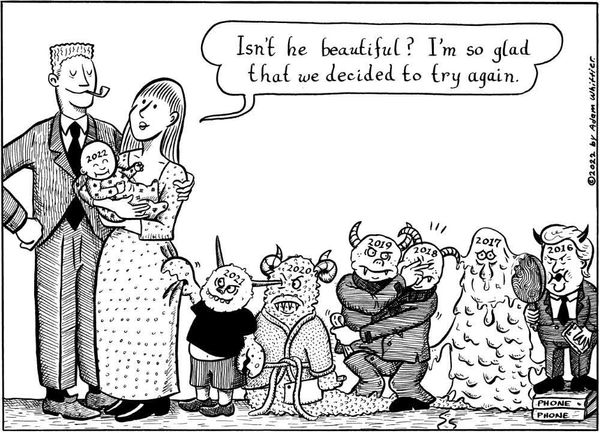 We rounded up January’s art & poetry for your enjoyment! 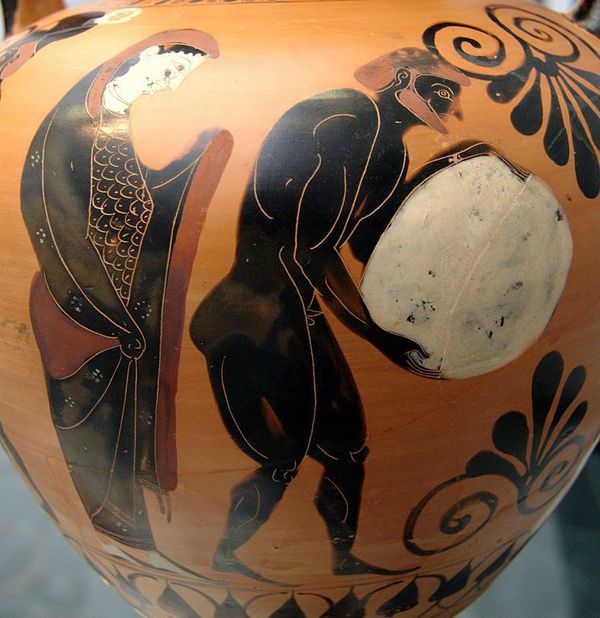 “We are all in this together, whether we understand the reasoning or not.”