Every year, the town of Quedlinburg holds a fair that summons people from all over the world to sample the oddities and antiquities presented. In Quacks of Quedlinburg, players take on the role of snake-oil salesfolks and hucksters trying to create the most powerful potions and collect the most coins and victory points.

To start, each player receives a player board with areas for gems, a rat token, and a large spiraling central cauldron with a droplet token at its center. In addition, each player receives a black cloth bag and some initial ingredient tokens. In the common area for all players is a tile with the round marker and scoring track, as well as the initial five books that describe what individual token ingredients add to your potion.

To play, determine a starting player, and give them the deck of fortune cards. The first player flips the first card and reads it aloud. All players then receive some kind of bonus immediately or some conditional goal for the round which will give them a larger bonus if completed. The first phase is the drawing phase where players will pull tokens from their bag and place them into their cauldron to create a potion. This can be done simultaneously, as there’s no interaction between players while a potion is being created. All tokens pulled have a number on them that determines how many spaces beyond the last played token (or in the case of the first token pulled, the droplet or rat token) it’s placed on the cauldron’s spiral.

In the beginning, the majority of tokens in a player’s bag will be cherry bombs. If at any time the total value of all cherry bomb tokens in a player’s cauldron equals 8 or more, that player’s potion explodes, and they are no longer able to add tokens to their cauldron this round. Most other tokens have some sort of additional ability, resolved either immediately or at the end of the turn. Once any immediate abilities are performed, players pull another token. Play continues in this fashion until all players are finished with their potions—whether it’s because their potion has exploded, or because they choose not to pull any more tokens.

Once players stop pulling tokens, the phase ends and the scoring and purchasing phases begin. The player whose cauldron has its last token in the space furthest from the center (without exploding) is the winner of the round and gets to roll a bonus die that can grant rubies, victory points, or bonus tokens. Ties are friendly. Then, any end-of-round token effects occur. Looking at a player’s cauldron, the space just after the last token placed determines any rubies awarded, victory points, and money to spend on new ingredients. If a player’s potion exploded, they are allowed either victory points or money to spend, but not both. Once this phase is resolved, players can spend their funds on new ingredients to make their potions more powerful in later rounds. Finally, players can purchase advancements with rubies collected in this and previous rounds. This repeats for 9 rounds, and then whoever has the most points wins.

One small but meaningful thing happens between rounds: on the score board there are a number of rats around the scoring track. Each round, every player but the one in first place counts the number of rat tails between their scoring token and the first-place player’s token. For each rat tail, players may place the rat token on their cauldron one step beyond their droplet token, which lets them start further along on the board. The rat token is removed and adjusted for each subsequent round. This is a catch-up mechanic that keeps the first player from getting too far ahead of the others.

I’m getting a little wordy, so here’s a quick wrap up. Components are great—sturdy chipboard, durable cloth bags with pull strings. If I had to complain about anything, it would be that the artwork tends to get in the way of the design. It looks great, but there’s a lot of illustration, confusing the information.

The best part about this game is the replayability. Player boards have two sides offering different options for how droplets are played. Each ingredient (except for orange and white) has four completely different versions that can be used as a predetermined set, or mixed and matched for advanced play. It’s a really fun game that adults and kids will quickly take to. If you can find a copy, grab it.

Am I happy I bought it?: Yes! It’s awesome to have a push-your-luck game with so much strategy involved that doesn’t get bogged down by player paralysis.

Written by Brendan Quinn; President of Tri-City Area Gaming. We’re playing games on Discord while COVID’s keeping us home. Come play with us! 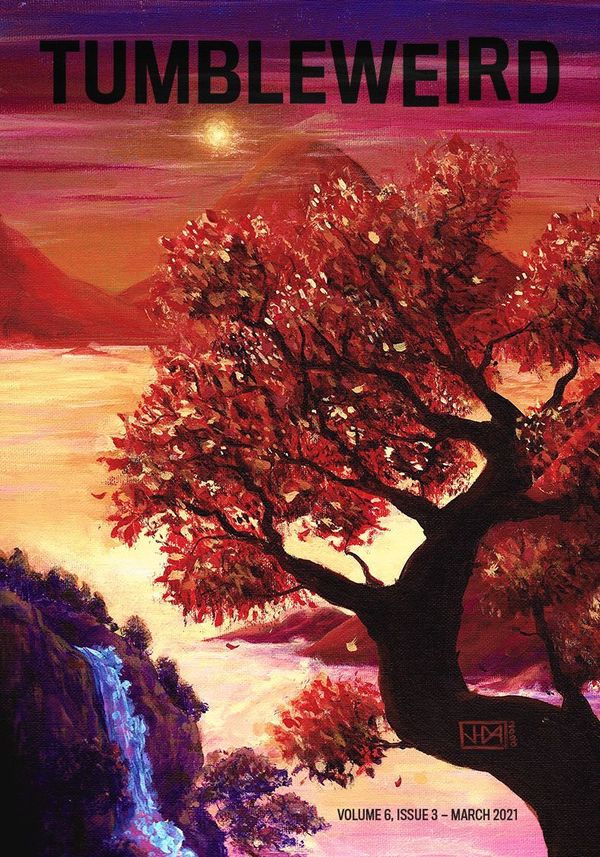 A Nice Thought is an acrylic painting by Grace Calibo, a self-taught artist from Washington State. 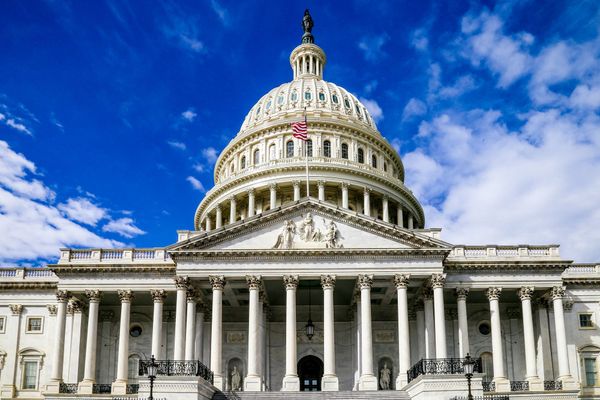 “The insurrection of January 6 showed us who we are.”