When COVID-19 shut down the theatre, local actors Miriam Kerzner and Robert Chisholm accepted that they would not be appearing on Tri-City stages for a while. Miriam, who has played Julius Caesar, Titania, and Gertrude with the Rude Mechanicals, heard about a Shakespeare reading group out of the United Kingdom and registered for a low-pressure way to stay connected to other lovers of Shakespeare. Little did she know what she was signing up for.

The Show Must Go Online, created by actor-writer-director Rob Myles and producing partner Sarah Peachey, brings together a global cast to perform Shakespeare’s plays live and online every week in the order they were believed to have been written, for free. The first show went live on March 19 and was the first online Shakespeare performance produced in response to COVID-19.

The Show Must Go Online casting aims for 50/50 male/female and actively seeks to maximize inclusion for underrepresented groups in theatre. Anyone, whether an experienced professional, amateur, or recent grad, can apply from anywhere in the world, with actors coming from six of the seven continents.

Each show is cast, produced, and rehearsed in under a week. Since launching, over 350 actors and creatives have volunteered their time to bring 28 shows to life. All shows are performed on Zoom and streamed live to audiences around the world on YouTube who participate in a live chat throughout the show, playing games, exchanging insights and reactions, and engaging in a wonderful shared experience. Many audience members say they’ve found a new community with The Show Must Go Online during quarantine. Since starting, The Show Must Go Online has had over 160,000 views from 60 countries around the world.

The show has driven the innovation of Zoom-theatre, and creative solutions to staging problems have been a highlight of the shows for audiences. Props, action, costume and set pieces are created using found items, ingenuity, and inventiveness. The quality and ingenuity of The Show Must Go Online has been recognized with two OnComm Awards.

The Show Must Go Online will complete the entire cannon by November 18, with all performances staying online for free as a stunning collection of Shakespeare’s plays for the 21st century available for all to enjoy, forever.

Miriam Kerzner was cast as Bishop of Carlisle in TSMGO’s production of Richard II and, more recently, as King Priam in Troilus and Cressida.

“Participating in a TSMGO production is equal parts sheer terror and absolute joy,” said Miriam. “The terror comes from the pressure of only having a few days to prepare a single live performance which will remain in the ether in perpetuity, and not wanting to disappoint the team. It is a joy to work with the innovative team that Rob Myles has put together and to learn from a director who understands Shakespeare deeply, both from an academic perspective, and as an experienced actor and teacher. He also has a knack of putting together talented casts and of encouraging them to take ownership of their props and costumes so that each person’s efforts spurs others to greater heights of creativity. The joy greatly outweighs the terror and is why so many previous performers keep trying to get recast.”

After witnessing Miriam’s preparation and performance, Robert Chisholm, who has played Falstaff, Friar Lawrence, and Polonius with the Rude Mechanicals, was intrigued enough to submit for a role in Measure for Measure. He appeared as Friar Peter Thomas on September 2 of this year.

“The idea of putting on a production of a play by Shakespeare with a cast I don’t know, in a medium I’m not familiar with, in four days, is intimidating—there is so much to learn about adapting to a new way of performing given the difficulties of interacting remotely,” said Robert. “At the same time, it’s exhilarating because so much creativity goes into overcoming the challenges of the production. Working with actors from around the world, of varied experience, is exciting and pushes me to stretch in performance, making use of what I can learn from my cast mates and the production staff as I reach for the standards set so far. It’s a bit like taking a masterclass in acting, Shakespeare, directing, and tech with a recording of the practical exam as the pay-off. As I said, intimidating and exhilarating. I'm very happy to have been chosen to go for the ride.”

You can find all Miriam’s and Robert’s performances, and the rest of The Show Must Go Online’s productions, at Rob Myles’ YouTube channel.

The Show Must Go Online produces weekly performed readings of the Complete Plays of Shakespeare by a global cast of all levels of experience, in the order they were believed to have been written. https://robmyles.co.uk/theshowmustgoonline/ 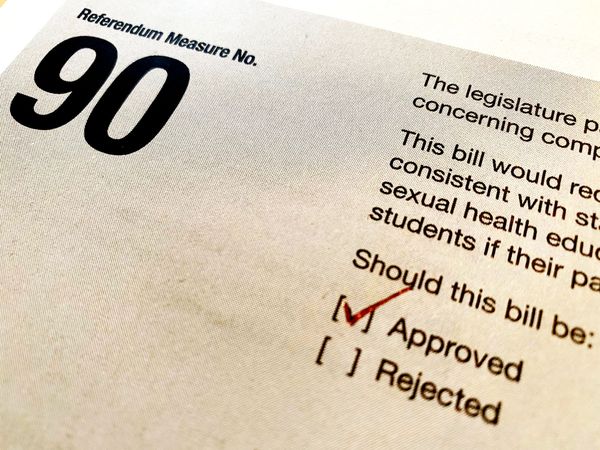 “The misinformation campaign spread by groups in the minority of our state is misguided, uninformed, and driven by anti-LGBTQ activists that push fear and hate.”

“When an unfamiliar man arrives in your life, do not, Sagittarius, under any circumstances, tell that stranger the name of your first childhood pet.”