What does “reopen” mean?

When we talk about “reopening,” we’re expressing a desire to return to a pre-virus “normal.” We all want to wake up from this nightmare and go back to living the dream that was in our hands mere weeks ago.

But that same dream—our one-time status quo—is no longer accessible to us. If you’re paying attention to health experts and economists and reading bipartisan plans, you know there’s no such thing as “reopening” in the way we mean, no matter how much we want it.

Many—not all—Americans live relatively high on Maslow’s hierarchy. For those of us lucky enough to do so, the disruptive crises we face are primarily personal traumas or things that affect communities or subgroups, but not society-level crises.

We hear about society-disrupting crises in the news, but you’ll notice that we never hear about them for long.

When’s the last time you participated in a conversation or saw a swarm of news coverage about the Syrian civil war and refugee crisis? There are still 12 million Syrians who have been displaced—a million since December 2019 alone.

The crisis didn’t go away—we just got bored of it and we no longer have national leadership talking about it or news media focusing on it, aside from niche pieces.

And this is the case often. Many times, we gradually stop talking about a crisis—not because it ended, but because something else dominated our attention.

We don’t have the psychological and emotional capacity to think about multiple society-level traumas—especially ones that aren’t happening to us. So something happens that draws media attention toward some issue and the omnipresent eye of the media sets our gaze in that direction. But then something else happens and our gaze is pulled away by the same media.

But the people in the midst of these crises don’t get to tune out, unsubscribe, or change channels; it goes on for them fully uninterrupted.

One of the privileges we’re accustomed to is that we don’t have society-disrupting crises often, so we don't have to pay attention. We have the advantage of choice—we can choose to look away.

However we do have many marginalized people who are amidst crises at all moments, and this society-wide crisis has exposed many fundamental flaws and undeniable disparities in our country which we have been hearing for ages from black, brown, indigenous, and disabled people if we were willing to listen.

It is remarkable to me that we are so bound psychologically that we even use the phrase “going viral” to mean something that quickly spikes enormous interest but then all but goes away. (Or are you still watching Gangnam Style and Rebecca Black’s “Friday”?)

COVID-19 isn’t disappearing in a month or two just because we’re bored with it, tired of it, frustrated by it, angered by it, or even economically decimated by it.

As a result, we are amidst a crisis that is not only stretching our economy and mental health—it’s also stretching our patience, our comprehension of the world, and our ability to imagine the future.

It seems impossible: are there really things that can happen to us that change our society? Sure, we know it’s technically possible, but this stuff happens to other countries or other eras or in the opening pages of apocalyptic novels.

We can’t assume “let’s reopen” can possibly ever mean “let’s go back to normal,” even if that’s what we eagerly, desperately want—because it won’t and it can’t. Society-level trauma has already occurred and the most basic science and economics say it will continue to occur.

There is already and will be a recession unlike anything we have experienced in our lifetimes. “Open” or not, a lot of businesses and a lot of individuals are going to struggle.  Many consumers are going to be wary for a long while. Many businesses who cut jobs aren’t going to rush back to hire people—a lot of those jobs are gone for good, echoes of a normal that will no longer exist no matter what choices politicians make.

Whatever “normal” becomes will be new and it will be weird. Scary, unfathomable, disruptive, incomprehensible, full of both intense anxiety and massive possibility. Weird.

And so the best path forward is to reimagine.

We are going to have to begin thinking and dreaming of what we want the future to look like.

We need to be actively doing that as a society at all levels. I can guarantee there are people with an immense amount of money and power they’d like to keep who are strategizing what they want the future to be like. Do we want their version of weird? Or something else? Something that works well for more than just a few?

Since we can’t go back, we can only go forward, we have to ask ourselves often, again and again: what should the future be like?

My mind turns to a line from Dee Hock:

Do we just want a sputtering, half-working, and even more inequitable version of the old status quo? Or if our entire snowglobe is getting tipped upside down, do we want to work toward something better?

Rebecca Solnit put it this way:

Horrible in itself, disaster is sometimes a door back into paradise, the paradise at least in which we are who we hope to be, do the work we desire, and are each our sister’s and brother’s keeper.

There’s no such thing as reopening. Normal is closed. Things are gonna get weird.

So let’s start talking about the weird we want rather than ending up with the weird that happens to us while we’re busy pining for a normal we can’t have.

Let’s insist on a new dream rather than wishing to go back to sleep and awake in a normal that left much to be desired. And let’s make it a world better for all, rather than the normal that worked only for the few.

In the words of Dee Hock:

What if we set aside all discussion of how things were, as they are, and as they might become, and instead immersed ourselves in how they ought to be. What if? What if? 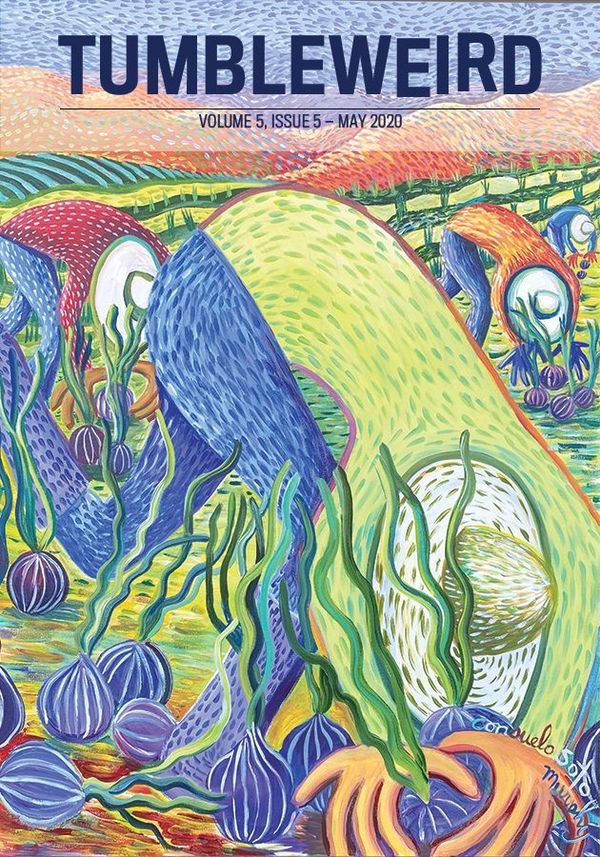 We just hit 200 subscribers, which means we can actually afford to mail out the issues of Tumbleweird to our subscribers! The dream is that we get enough subscribers to 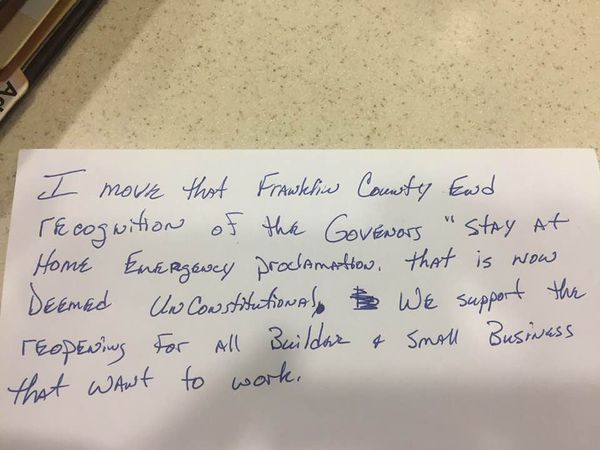 Franklin County Commissioners voted unanimously in today’s meeting to end recognition of the state’s emergency order in response to Covid-19. Here’s how the argument was made.