In the 1950s, an entire monastery in Thailand was being moved by a group of monks. While moving a giant clay Buddha, some damage was caused. When the monks inspected the damage they noticed a glint under the clay. They removed the clay, and underneath they found a solid gold Buddha. It is believed that in the 18th century, in fear that the invading Burmese would take their Buddha and melt it down as they were known to do, monks had covered the Buddha in clay and pieces of glass so it would not look valuable. This deception got lost in time until an accident revealed it. Now, visitors to Wat Traimit in Thailand can visit the solid gold Buddha and can be inspired to rise above their difficult and often overwhelming circumstances.

In Radical Compassion, Tara Brach likens the clay covering the golden Buddha to the protective covering we have that may keep us safe but that also denies us and those around us of the gold underneath. Only through acknowledging this layer can we move forward and become more compassionate to ourselves and others. Meditation has become more mainstream and widely practiced, and many methods of meditation exist. Brach presents the RAIN method. RAIN stands for Recognize, Allow, Investigate, and Nurture. Simplified, you recognize what you are feeling, allow your body to feel, investigate what has caused this feeling, and nurture yourself with a loving presence. Throughout this book, Brach provides opportunity for guided meditation. I ‘read’ this book as an audiobook and if you are new to meditation, having her talk you through meditation can be extremely valuable. As a meditation teacher, Brach has worked with many people who have suffered from abuse, have difficult family issues, or have difficult life changes they need help getting through. In Radical Compassion, Brach tells the stories of some of the people she has helped with the RAIN method over the years.

Brach has a PhD in Clinical Psychology with a dissertation exploring meditation as a therapeutic modality in treating addiction. She also completed a five-year Buddhist teacher training at the Spirit Rock Meditation Center. She has blended these two traditions, introducing meditation practices with her therapy clients and sharing psychological insights with her meditation students. She founded Insight Meditation Community of Washington, D.C. in 1998, and it is now one of the largest non-resident meditation centers in the United States. She offers online courses in meditation as well as a teacher certification. Brach is well-known and well-regarded in the meditation community.

If you enjoyed Radical Compassion and are looking for more like it, check out my ‘Chill Out People’ booklist on the Mid-Columbia Libraries book’d page at: 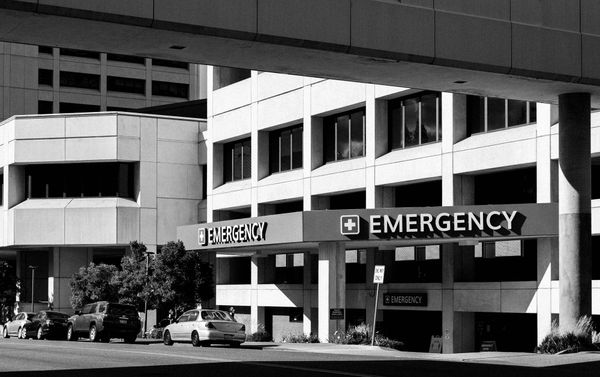 “While in the hospital, she received no PT or OT to help keep up her muscle or bone strength. She was not allowed to leave that room at all. I could hear the frustration in her voice as she tried to shrug off the idea that, ‘No one wants me.’”

“I invite anyone who views this show to be real and open. I want you to feel what you feel. Sit and stare at the darkness of American history. Journal and write your thoughts. Enjoy the beauty of African American culture. Cry, lament, mourn, scream, talk to friends about it.”