In late September 2016, I was making a purchase at Adventures Underground in Richland, my favorite bookstore, when I noticed what appeared to be a pamphlet on the counter. The cover had the title “Tumbleweird” in an interesting handwritten font over a cartoon mocking our local architecture. It was Volume 1, Issue 1. The entire zine was just 3 pieces of copy paper folded in half and stapled in the middle.

I read a few of the articles and it piqued my interest right away. The tone was a bit irreverent, but good natured and fun. It was different, and weird.

Tumbleweird was created by Logan and Henry, two friends who wanted to provide an alternate voice for the Tri-Cities. In Logan’s inaugural editorial he wrote, “There is power in finding community within a town that often doesn’t feel very inclusive.” A note on the back cover asked for contributors of art, culture, and writing on a variety of topics.

I had written speeches and letters to the editor of my local paper before, but I had never written essays on topics that were important to me. I thought I would give it a try. Amanda, the owner of Adventures Underground, put me in touch with Logan.

The rest, as they say, is history. I wrote my first column the next month and have been a part of the zine ever since. Tumbleweird has grown in both size and distribution, now a 32 page (or more) 10-inch by 14-inch full color newsprint with regular subscribers across the country and thousands of readers each month. Logan and Henry’s vision of a zine that makes a difference in the community has become a reality.

With the 2016 election imminent, my first column was about the importance of voting. Democracy is something that can’t be taken for granted, and I wanted to encourage everyone to participate. The presidential election was one thing, I wrote, but local elections and initiatives had a much bigger impact on our daily lives. Like many, I assumed Hillary Clinton would win and didn’t want local voters to skip the election because they thought it didn’t matter.

And then Donald Trump won. In disbelief, I realized that the divisiveness we had experienced during the campaign was bigger than I had imagined and that I had taken too much for granted. So, the next month I wrote about how we need to come together to find common ground and get past the divisiveness. But it has only gotten worse. As we have become even more divided in the last five years, I’ve written about disinformation, objective truth, free speech, and the importance of using our vote to make a difference.

Over the last five years, I have written 51 essays for Tumbleweird. As I was thinking about what to write this month, I wondered to myself whether there was a common thread — something that guided my opinions and perspective on the issues of the day. As I reread my columns, one common underlying philosophy comes through.

The idea of unconditional love has always resonated with me. As a teenager I remember reading and listening to the teachings of Jesus. Most religions have a similar core belief — what many call the golden rule. I wrote about this in my February 2019 column “I Believe in Love.”

My mother had a huge influence on my feelings about love. We lost her to cancer at a young age, but she is always with me. On her birthday this year I wrote:

Happy Birthday, Mom. Today you would be 86, but I still think of you as a mother of teenagers and this young man trying to figure out his place in the world. I imagine the conversations we would have, sitting on this bench where I snap my daily running photo. We talk about the joys of family, children, grandchildren, and great-grandchildren. You are so proud of all of us. And then we talk about life and how to make the world a better place, one day and one relationship at a time. And always, always, it comes down to love. That’s what I learned from you. To view everything through a lens of unconditional love. Love of nature, love of others, love of family, and love of self. If everyone viewed the world as you did, we could eliminate hunger, poverty, divisiveness, hatred, and war. And we could work together to save our fragile earth. Love. The greatest gift we humans have.

And so, whether I am writing about systemic racism, the politics of division, citizenship, equality, poverty, health care, or the devastating effects of climate change, how I feel about what should be done is viewed through the lens of love.

We have the means to feed the world. We can eliminate poverty. We can provide basic housing and health care for all. We can resolve our differences without violence, without war. We can accept each other as we are — as unique human beings worthy of the same dignity, equality, and love we give to ourselves and our families. Love gives us the power to empathize with those who are different from us.

But I’m not naïve enough to think that living in a world of peace without suffering is easily achieved. I recognize there is evil in the world. There are those who use their power for themselves, to consolidate that power no matter how it may impact others.

Although love is something we humans can use for good, we also have a capacity for hate, fear, greed, and selfishness. For the whole of human history, conflict and violence has been a part of our lives. Protecting our own and demonizing others as our enemies is part of our human nature. Fighting over scarce resources ensured the survival of our group. We evolved to take care of our own at the expense of others.

But today we have the technology and the means to move beyond the worst parts of our human nature. The challenge is in overcoming the fear of others — the fear that we will not have enough, the fear that those who are different will do us harm.

I believe, collectively, we can work towards a better world. That’s why I believe in our democratic republic. I believe the framework of our Constitution and our government is a path to a better future. A government of the people… of all the people.

Government has a role in leveling the playing field — in ensuring equal treatment under the law, and in providing for the poor, the hungry, the homeless, and the sick. We can take care of each other with social safety nets while growing the economy. We can regulate business to protect consumers while promoting a free market. We can provide for the common defense and promote the general welfare. We can be leaders and an example for the rest of the world.

To save our democracy for all the people is also an act of love.

I believe in the power of love to make the world a better place. And no matter what issue I’m writing about, it really is all about love.

Ted Miller grew up around the world but now lives in Richland with his wife. He’s a runner, actor, singer, nuclear engineer, and graduate of the U.S.
Naval Academy.
Ted believes that if more people worked toward love and understanding instead of giving in to fear and divisiveness, the world would be a better place.
All of his previous Tumbleweird essays can be found at tedmiller.net. 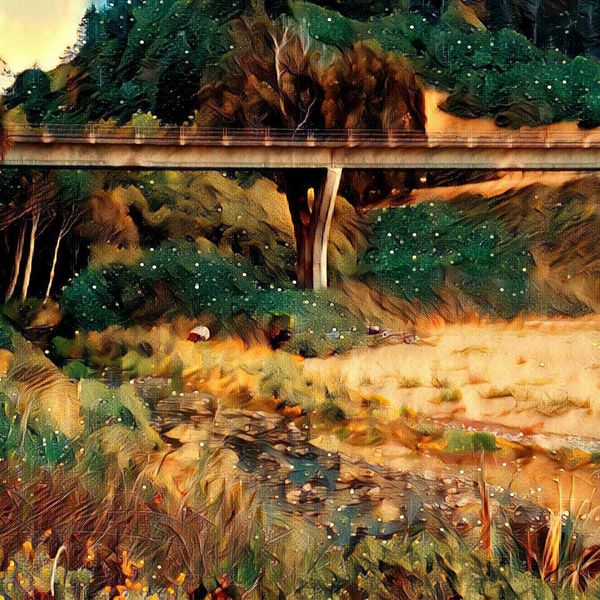 We've gathered up September's art and poetry for you! 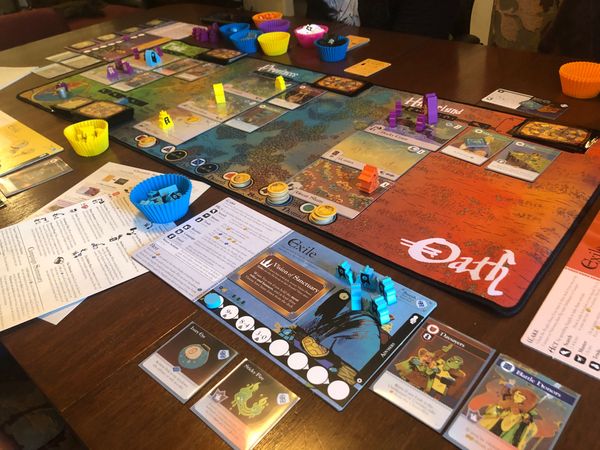 A lot of the games I review are lighter fare — games that take 15 minutes or so to learn, 45–60 minutes to play, and are easily engaging for gamers