If you’ve ever eaten a slice of bread, you can thank Ukraine. That’s not an exaggeration. The flavorful grains that transformed the North American prairies during the nineteenth century into a continental breadbasket were varieties native to Ukraine’s famed Black Earth districts of Crimea and Galicia.

To be sure, Americans had previously consumed something called bread, but virtually all colonial and early American wheats were soft white and red varieties that made exceedingly dense loaves and are used today for scones, biscuits, and pancakes. The pedigree of most any modern hard kernel bread wheat can be traced back to famous ‘Turkey Red’ and ‘Scotch Fife’ that actually have nothing to do with Turkey or Scotland. Through happenstance of pioneer delivery and cartographic misunderstanding, Ukraine’s proper claim as historic and contemporary provisioner to the world is often overlooked.

Putin’s brutal campaign to annex substantial portions of its peaceful southern neighbor is inflicting trauma upon its residents on a scale unprecedented since World War II in a twisted quest to restore some semblance of great power status. Today, Ukraine’s annual production of some thirty million tons of wheat accounts for 12% of the global export supply. Together with Russia’s output, annual wheat production of the two countries exceeds the United States, Canada, Mexico, and Australia combined and represents one-third of world wheat exports.

Ukraine is a leading supplier to Moldova, Lebanon, Pakistan, Egypt, Bangladesh, and Indonesia, to which deliveries are now at risk. As a result of the present conflict, grain prices have soared. Much was made by Kremlin spokesmen before the outbreak of war about the need to reaffirm a broader Slavic cultural solidarity from western influence. But in the wake of Russia’s declining population and moribund economy, Ukraine’s agricultural bounty has surely been an important factor in Putin’s malevolent calculus.

This is not the first time that a Russian leader has terrorized the inhabitants of the fertile steppes, nor the first that one has been abetted by western sycophants. Russian demographers have documented how the murderous calamities of Stalin claimed more innocent lives than did Hitler. None was more horrific than the 1932–1933 Holodomor when as many as ten million peasants were starved to death in southern Russia during Stalin’s campaign to expropriate grain for Russia’s industrial cities to the north. No greater genocide has taken place in modern times, and the experience remains a searing legacy among Ukrainians.

In 1930 and 1931, New York Times reporter Walter Duranty wrote from the comfort of his Moscow apartment in flattering terms about Kremlin initiatives to modernize the Russian economy. He also pointed out that leaders in the United States and Great Britain had not appreciated Stalin’s genius. Duranty even received a Pulitzer in 1932 for his series on the Bolshevik Revolution which he composed against the backdrop of show trials in Moscow that led to the imprisonment and mass executions of Stalin’s rivals.

Enter essentially unknown but courageous young Welsh journalist Gareth Jones who decided to do more than parrot official accounts of conditions in Ukraine after hearing rumors of catastrophe. At great risk to his own safety, Jones donned the clothes of a Soviet commoner and journeyed by rail to Ukraine in the spring of 1933 where he witnessed unimaginable carnage and reported it to a skeptical world press. Once bustling villages were eerily silent except for the occasional cry of children, imposing church edifices had been boarded up on orders from above by burly militiamen who forbade public worship. Within two years Jones himself would be executed — likely in retaliation by the Soviet secret police for daring to write the truth.

Since Putin’s rise to power, at least forty-four Russian journalists investigating his doings have been murdered, as have numerous political rivals. The ministries of evangelically-minded Russian Orthodox leaders in the spirit of martyred priest Alexander Menn have also been significantly obstructed.

Those of us with ancestral ties to the region recall stories of family elders’ distress that the emerging evidence of evil in the 1930s seemed lost on so many fellow Americans. Our grandparents recalled the feeling of helplessness when they gathered with neighbors after Sunday church services to read the latest news from relatives who remained in Russia. We have kept these yellowed pages all these decades as reminders to never take freedom for granted, to help others in dire straits, and to affirm inconvenient truths. One of our letters from that time reads:

To begin with, we send you greetings in the name of the Holy Spirit. I will let you know that we are without parents. Where they are is unknown to us [and] only to God. We think they received the same treatment as others, so it is very bitter for us children. Will you not take mercy on us because we are lost children and will not be long on this earth? …Please send us help because we are orphans.

Our elders did send help that made all the difference for those who managed against human odds to survive and build a new life in the aftermath of famine, war, and the USSR’s eventual collapse in 1991. I was in Russia numerous times that year and afterward in response to overtures from the Russian Academies of Sciences and Education to establish faculty and student exchanges between universities in Russia and Ukraine and members of the U. S. Consortium of Christian Colleges and Universities. Dozens of these relationships flourished until Putin rose to prominence. Under his oppressive regime, such relationships summarily ended, as well as the collaborative social services programs they had fostered to address the challenges of foster care and orphanhood in our countries.

Vibrant democratic initiatives and educational exchanges did continue in Ukraine. I traveled to Crimea in the summer of 2010 for meetings on global orphan care and was amazed by the vibrancy of life in the capital city of Simferopol. My gracious hosts were local Christians who expressed hope for the future under Ukraine’s nascent democracy. They smiled, talked of prospects for better lives, and enjoyed relationships with Americans and other Europeans.

We drove south across the undulating expanse of recently harvested grainlands to the historic Black Sea port of Sevastopol where a double row of massive steel silos glistened alongside ships being loaded for delivery worldwide. Our conversation turned to opportunities for service that would have been impossible before Ukraine’s independence. Now, after three decades, an unprecedented interfaith consortium of Orthodox, Catholic, and Protestant church leaders was forming an indigenous ‘Ukraine Without Orphans’ (UWO) movement to find caring homes in-country for Ukraine’s 30,000 adoptable orphans.

The number seemed staggering, but Ukraine Without Orphans was no mere slogan. Sasha, Marina, and my other new friends were seriously committed to a nation without orphans. To this end the UWO consortium soon grew to involve 400 churches of various denominations in Ukraine as well as 110 public and charitable organizations that included a presidentially appointed Commission for Children’s Rights.

As a result of this commitment and as a percentage of its population, no nation on earth has accomplished more to address orphanhood in the last decade than Ukraine. In 2010, Ukrainians adopted 2,247 orphans while 1,202 were adopted internationally, and by 2015 the total number of in-country adoptions since 2010 reached 11,300. By 2021, the number of children eligible for adoption had fallen to 4,920 — a dramatic 83% reduction of adoptable orphans. (In Ukraine as elsewhere, significant numbers of children have been in residential care who have at least one adult who retains parental rights.)

UWO leaders pledged to not rest until all such children had been placed in caring homes, and their dedicated efforts attracted the attention of caregivers worldwide. Their inspiring example helped launch ‘Without Orphans’ movements elsewhere in Europe as well as in Africa, Asia, and South America, and has also contributed to improved foster care initiatives in the U.S. and Canada.

The tragic aftermath of Russia’s invasion of Ukraine now threatens to undo the remarkable progress UWO childcare providers have made, and has greatly complicated conditions for orphans and vulnerable children. Ukraine’s unfolding national nightmare is also presenting Americans with fundamental choices about civic and moral responsibility given the consequences of our own domestic politics and foreign repercussions.

Authoritarian rulers of the past century like Stalin, Hitler, and now Putin have zealously applied the propagandistic ‘Big Lie’ approach to obscure their nefarious intentions. Hitler blamed the Jews, Stalin blamed peasant farmers, and Putin, astoundingly, is blaming Nazis. Historian Timothy Snyder writes in On Tyranny (2017) of cardinal lessons we should have learned from 20th century experience. Number 10 reads:

That Putin’s established order has engendered support among some politically conservative spokesmen is both disturbing and counterintuitive. They embrace a leader whose policies sustain highly restrictive handgun regulation, conformist media, and uncontested elections. Freedom of religion has also been in alarming decline. Since my 2010 visit, at least twenty churches in Crimea have been forcibly shuttered on a variety of trumped-up charges, ranging from unauthorized Bible study to illegal public assembly. Think what our area would be like if faith-based communities no longer existed to operate hospitals, schools, food pantries, and social services. These blighted conditions have become more widespread in Putin’s Russia.

We must brace for the fallout of economic dislocation that will test the mettle of any who subscribe to core principles of liberty and justice for all. They aren’t free. Standing in solidarity with Ukrainian freedom fighters will come at a cost. “Give me liberty or give me death!” can be easily thought or shouted, but the events of the past century have abundantly shown that American freedom and prosperity is inextricably linked to the wellbeing of like-minded nations throughout the world.

Americans aren’t being asked to put their lives on the line in Ukraine, but we will pay more for a gallon of gas and a loaf of that bread with Ukrainian roots. Already, objections are heard from those who would have extorted the heroic president of Ukraine for personal gain and significantly interrupted longstanding initiatives to build democratic traditions. The experience laid bare a fundamental aspect of liberty as understood by the Founders to sustain the republic: Liberty is use of freedom to promote the general welfare — the “common-wealth”; licentiousness is use of freedom for selfish gain. Liberty is a pro-social, biblical concept for community wellbeing that protects individuals broadly as well as the vulnerable.

Both courageous and vainglorious voices have been raised in the drama that is being played out on the world stage these dark days. The courageous promote the general welfare of the community, nation, and world; they have names like Sasha and Marina — who have been prime movers in the Ukraine Without Orphans/Family for Every Orphan movement.

The people of Ukraine, whose harvests have long been blessed as daily bread for millions throughout the world, now need our support as they face a humanitarian disaster that may well drag on.

Facing invasion from the north in ancient times by powerful aggressor Assyria, the Prophet Isaiah spoke on how the religious might live out their faith: “Share your bread with the hungry and provide the wanderer with shelter” (Isaiah 58:7). Patriots young and old of Ukraine who have hosted our visits are putting their lives on the line for faith and freedom. They have shown me up at gatherings by loudly singing from memory all six verses of the Woody Guthrie classic, “This Land Is Your Land” about the “sun come shining” and “wheat fields waving.” They also know the somber refrain sung throughout the Orthodox Divine Liturgy, “Gospodi, pomiluy” (Lord have mercy). Let us pray that it may it be so, and instead of complaint, that good hearts here and abroad will help sustain their deliverance.

Dr. Richard Scheuerman resides in Richland, Washington, and is a founding board member of A Family for Every Orphan, which promotes indigenous adoption in Ukraine and a dozen other countries. 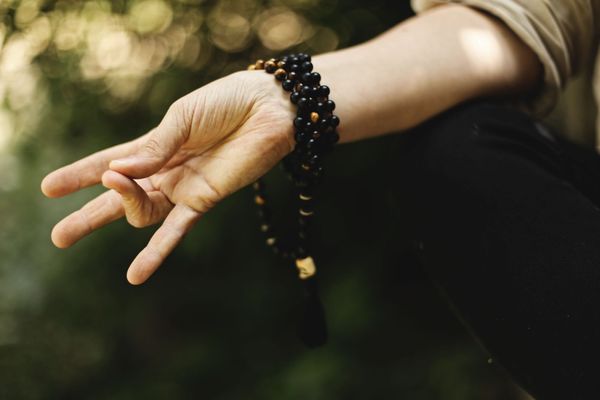 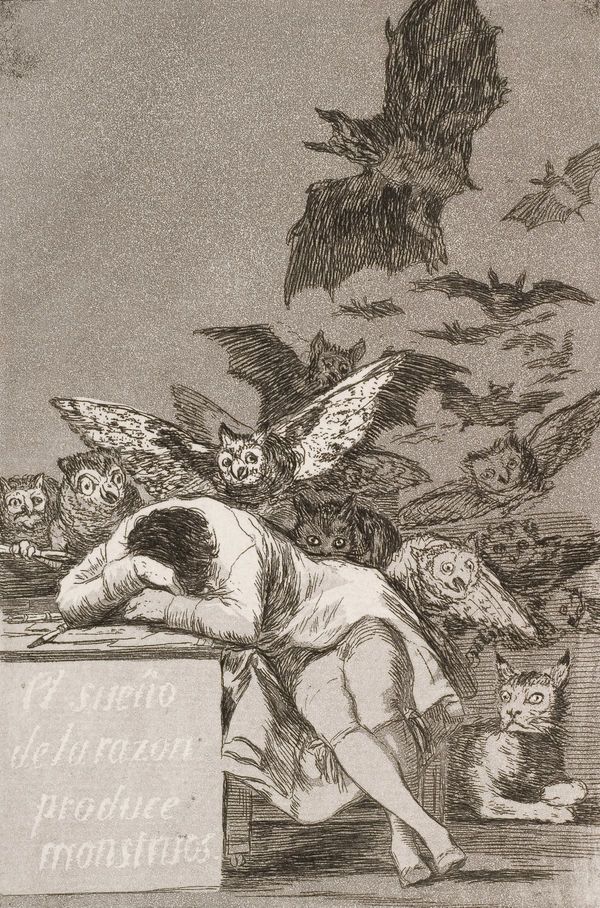