The last few years have brought many things once kept hidden, close to the chest, secret, to the forefront of public thought. Once tolerated as mere nuisance and dismissed with an eye roll, those either willfully ignorant or cognitively dissonant have been brushed off as the mental minority. “How could one be so obtuse?” we thought as we went on with our lives. These lines of thinking have always been dangerous on their face, but now have reached the point of having a distinct and ahuman effect on society as a whole — a mass psychosis that can’t be wiped away.

Epistemology, put simply, is the philosophy of the truth. Broadly, it is the study of what constitutes truth, how we determine the truth, and the necessary acceptance of such. The mainstream argument, espoused loudly by half the country now, is “We need the truth”; “We all need to open our eyes to the truth”; “Think critically for a minute” — and on and on. On its face, regardless of motive, this appears to be a reasonable request, a society without agreement of truth is no society at all. However, when we begin to scratch the surface, or attempt to either continuously prove the ‘true’ to these people or have them do the same for us, the entire argument falls short.

The idea of ‘truth’ to these folks becomes less a matter of fact, and more a matter of agreement. This, alone, would suggest mere cognitive dissonance, but when viewed in relation to the steadfast unwillingness of these people to even entertain something other than their ideological beliefs, and then to have them act towards others and existence in a way that exists opposed to long-held existential truths, regardless of evidence (long believed to be the exposer of truth), it becomes mass delusion… an existential psychosis.

As someone who has experienced clinically recognized psychosis of varying degrees for years, I can honestly say that without a firm hold or guiding hand back to reality, it is easy for the intrusion to take hold. On the clinical side of this, we can touch on therapy and medication to help provide that necessary grounding. This may be ongoing or short-lived for people, depending on their individual circumstances. Without it, we become the people shied away from on the street, talking to themselves or reacting to some unseen threat. Separate from my own personal misgivings towards the structure of mental health care in this country, it is commonly viewed as the necessary mode of correction for those of us deemed as the ‘other’ in this way.

This forced and perceived separation from ‘normal people’ leads the majority of people that seemingly function well (or as intended) in society from feeling at risk of falling victim to the same delusions. “I don’t see or hear things that aren’t there! I pay my bills and am a good American!” they say as they storm the nation’s Capital to overthrow a democratic election based on delusion. Without the propagandized, tell-tale signs of psychotic delusion, they feel they are free from its clutches.

This can also be seen in the mass denial and attempted erasure of texts and information deemed ‘troubling.’ The recent banning of Maus in schools and the burning of copies of Twilight and Harry Potter exist as just the most recent forms of mass delusion. The idea that the removal or ignorance of information that makes you uncomfortable is a necessary recourse to ensure that your personal ideology is kept sacred is, quite possibly, the oldest of delusions. Regardless of whether that removal takes the form of crucifixion, destruction of texts, carpet bombing, or genocide, the result is the same… the continued persistence of the ideas you hate. Erasure can’t outweigh truth.

“Those who fail to learn from history…” yadda yadda yadda. Well, here we are, in 2022 with a full knowledge of history, repeating the same behaviors and thought patterns that have proven unfruitful in the past. At this point, we know why the sun ‘rises’ and ‘sets’ every day. Our very concept of time is based on the truth of this; the idea of a ‘day’ was born of this before we had the physical explanation of what was taking place. If, for instance, I were to purport that the sun simply rises every day because I will it, regardless of the consensus of reason, it would fail to make my feelings true. I would be existing under the delusion that I control the sun. People would call me crazy and force me to get help.

Why, then, is it more accepted to berate and deride those so woefully out of touch with reality on a mass scale than to make it known that they need help? Is it for fear of seeming uncaring or uninviting, a fear of appearing as they do? Is it the realization that if we admit that half of this country is, by definition, psychotic, the effect that knowledge would have not only on them, but on the rest of us would be too dire? Whatever the reasoning, the fact that they are allowed to persist, and given the platform to ‘debate’ their side, seems proof positive of the very real danger posed by all of us collectively.

The ability to call this delusion a search for ‘truth’ only leads down a path to nowhere. It is not now, and has never been, a search for truth. It is the weak mind’s feeble attempt to maintain a tenuous grasp on reality by any means necessary. Ideological story and belief do not create truth. Your god may be real to you, but that does not make its existence true, nor does it give you the right to create legislation or abuse and put at risk those who don’t simply believe in its existence.

Religion, as the belief in fully trusted ‘science’, is all well and good, if that is your personal wont. It becomes dangerously psychotic when this informs policy and has an overwhelmingly negative effect on society as a whole, coupled with the steadfast refusal to even entertain what has become objective truth.

Psychosis of the Masses

Truth, with a capital T, is not subjective (i.e., the sun will rise, death is inevitable, etc.). Subjective truth, with a lowercase t, is personal belief and is subject to discreditation. Refutation of Truth, with a capital T, is a non-starter for argument, because it remains objective, solid. The misconstruing of the two under the notion that, somehow, you have access to a better or more accurate ‘version’ of the truth, in its objective sense, regardless of evidence to the contrary, is psychotic.

What these people think they possess is truth but is, in fact, comfort. They require the psychological comfort and reassurance that they are right because, if they aren’t, it’s not just the grasp on the immediate that they will lose, but everything they hold to be true. “This has to be true, and I will fight to the death for the maintenance of that idea because, if it’s not true, the ramifications are too unthinkable.” We all need psychological comfort where we can find it; life is hard, after all. But when these self-proclaimed ‘critical thinkers’ mistake their need for comfort or admission to reality, that is when it becomes psychotic.

They crave comfort and reassurance over the acceptance of reality, and they are willing to kill you and yours to attain it.

Marcel Ettesvold is a writer and thinker from the Tri-Cities. His blog, Absurdist Rambling: A Space for Philosophical Nonsense, can be found at absurdistrambling.com 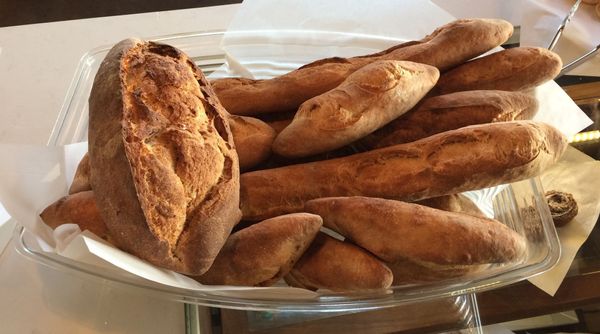 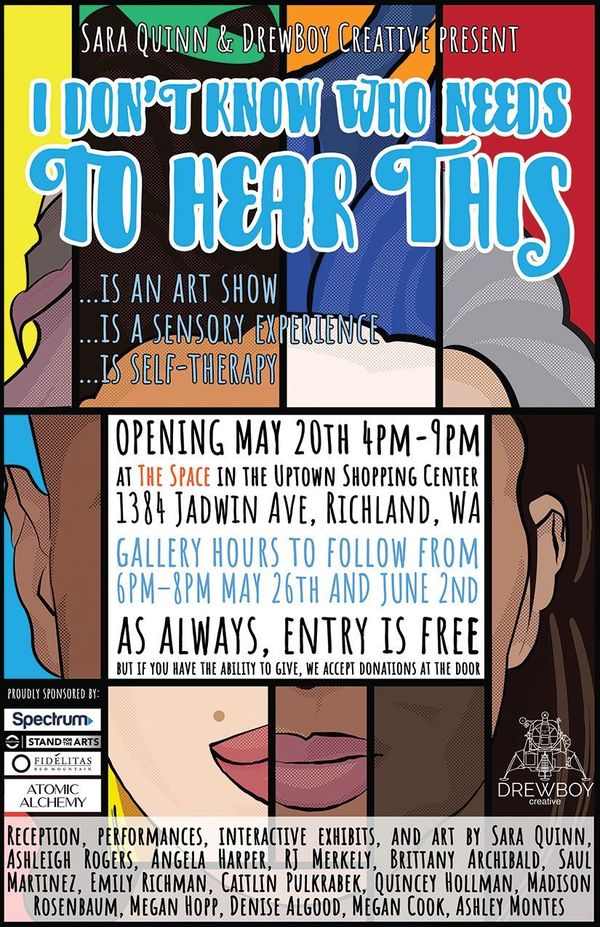 “This show is all about people finding the love and support they need from within.”