I have been concerned about the future of our country for some time now. I, like many Americans, feel a sense of dread that the United States as we know it is on the brink of collapse. That our system of government, a constitutional democratic republic as established in the Constitution, is heading toward autocracy.

The most significant indicator of this threat is the sustained and growing effort to undermine confidence in our elections.

Our founders worked together to agree upon something that was at the time a radical idea: that a government should only exist with the consent of the governed. And so, the system of checks and balances, of rights and authorities, and of liberties and limitations were written into the United States Constitution, giving the ultimate authority of government to the people of the United States. “We the people” are the first words of the Constitution for a reason.

There have been attempts to undermine our elections throughout our history, but there has never been such a widespread, concerted effort to both delegitimize the electoral process and refuse to accept the results of an election. With the unprecedented refusal of Donald Trump to concede that he lost to Joe Biden, the violent insurrection on January 6, and the extensive and ongoing efforts at voter suppression by Republicans across the country, our electoral process has never been in this much jeopardy.

Election deniers are not only running for Congress and state legislatures, but for secretaries of state and other offices that oversee state elections. Many Republican led states have proposed or passed laws that give authority to either the legislature or the secretary of state to overturn the results of elections they don’t agree with.

The extreme right is so fearful and hateful towards those they consider un-American that they are willing to destroy the country rather than accept election results they don’t like.

Writing in The Federalist, senior editor John Daniel Davidson has called for conservatives to abandon their long-standing principles and instead wield government power as a “blunt instrument.” He claims that “accommodation or compromise with the left is impossible.” He demands an end to no-fault divorce and subsidizing families with children. He claims all abortion is murder and should be prosecuted as such. He wants to defund public universities to keep them from “spreading poisonous ideologies.” He calls for arresting parents and educators who teach their children that LGBT people should be treated equally and with respect. He thinks that doctors performing gender-affirming medicine should be thrown into prison. He thinks same-sex marriage should be outlawed. In effect, he wants to overturn one hundred years of social progress.

If Mr. Davidson and those who think like him have their way, our form of government will be abolished and replaced with fascism. The vast popularity of his ideas indicates that this is not an idle threat, but a very real possibility. This isn’t a differing opinion about how best to achieve our collective goals, but a call to completely abandon the principles upon which this country was founded.

And how could this come about? If we the people allow it — by ignoring the signs of what is happening and abdicating our authority to hold our elected officials accountable through free and fair elections.

If your vote didn't matter, those who don’t want you to vote wouldn’t work so hard to disenfranchise you or discourage you from engaging in the elections. But there is something even better at suppressing your vote than legal disenfranchisement and the power to overrule election results: voter apathy.

We are told by much of the media, and certainly by those who don’t want us to vote, that our vote doesn’t matter. Voter turnout, particularly in non-presidential elections, is abysmal. As a long-time advocate for voting, I have talked to many people over the years about the importance of their vote. I can’t tell you the number of non-voters who have told me they didn’t bother because they were convinced it didn’t matter.

Some people fail to vote because they think voting is too hard. Some are just too busy and too complacent to bother, believing that no matter the outcome of an election, their lives will continue much the same as they always have. And then there are those who believe their vote won’t make a difference because those in power have rigged the system so they will win regardless of the vote.

With the barrage of campaign ads, breathlessly begging for money with fearmongering about how dire the stakes are, it’s no wonder that many of us just want to tune out of politics. And while the campaign rhetoric may be hyperbole, the choices we make really are significant.

“We are not enemies, but friends. We must not be enemies. Though passion may have strained, it must not break our bonds of affection. The mystic chords of memory, stretching from every battlefield, and patriot grave, to every living heart and hearthstone, all over this broad land, will yet swell the chorus of the Union, when again touched, as surely they will be, by the better angels of our nature.”

There is a growing effort to make us enemies. If we abandon our principles of unity, of equality, of liberty, and of our commitment to the Constitution, we will abandon everything good about the United States of America.

Our progress has not always been steady. Our history is filled with violence and inequity. But the beauty of what the founders established is that we can continue to make things better for everyone. Giving in to a minority who believe their narrow view of the world is the only way, and that all other beliefs and opinions must be stamped out, will be the end of progress.

After the Constitutional Convention of 1787, when asked what form of government we had, Benjamin Franklin is said to have replied, “A republic, if you can keep it.”

I believe in this constitutional democratic republic. I hope we keep it. 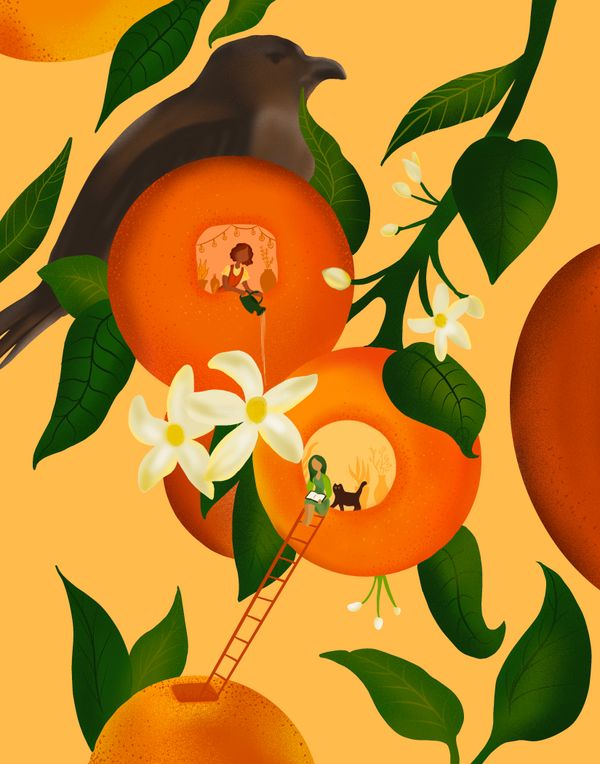 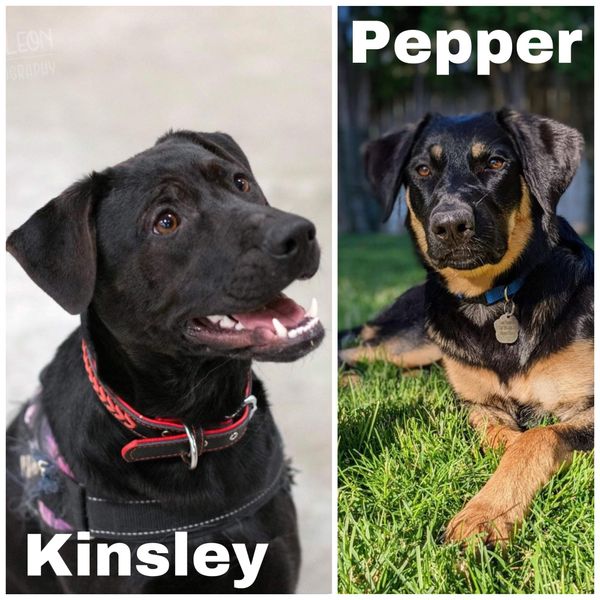 If you are interested in becoming a foster or adopting either of these lovely dogs, please visit mikeyschance.com.