I’ve recently overheard several people quietly, regrettably, and innocently share the perception that “Black people don’t work all that well together” and that “We’re so divided.”

That’s a myth and a lie that needs to be addressed and cleared up due to the fact that it is simply not true or accurate.

Two years ago I saw The Links (an all-Black non-profit) raise over $50,000 for scholarships for Black students. I’ve seen the board of African American Community Cultural & Education Society (AACCES) pull off several successful fundraisers all while working together Black, the Black leaders that took over Urban Poets Society appear to be doing well and working together just fine, and the Tri-City Juneteenth Community Council has been working well together while Black for over 40 years now.

So where does this misconception arise from?

Well, I believe it is seeded deep in the psyche of the American consciousness that Black people are a monolith, that we all think, speak, eat, dance, sing and act the same. Therefore, whenever there are instances of us not “working well together”, like any other group of people, we are scrutinized, criticized, and doubted to possess the spirit of community that all other groups of people are presumed to have.

Nobody ever questions why PETA and the NRA don’t work so well together! It’s a foolish thought. And it’d be just as foolish to assume that Candace Owens and Ijeoma Oluo should be expected to work well together.

Bottom line: Black people are not afforded the privilege of our individuality.

One of the last lectures that I gave at Columbia Basin College was simply titled “Racism in the Tri-Cities.” I touched on my basic talking points about racism, such as why “all lives matter” is so offensive, and what it feels like to get pulled over by police while being a Black father. The usual.

During the Q&A, a white student in his mid-20’s stood up and asked me if I’d seen the movie NWA starring Ice Cube and Easy E.

Casually and harmlessly, he followed his first question with a question that I saw coming 400 years away.

“Well, don’t you think those guys and those movies make you all look bad?”

I didn’t wince or flinch, nor did the fifty or so other white students in the class. In everybody’s mind this question was apparently totally legit as it didn’t seem to set anyone’s racial alarms off—except for my own.

“I’m glad you asked that,” I said. Then I answered his question with a question.

“Don’t you think the KKK is making you and the rest of the white audience members here today look bad?”

He cocked his head to the right with a puzzled look on his face. As I scanned the audience, I saw others shared the confused expression he had on his face. They found my rebut to be uncouth and somewhat offensive but saw nothing out of the ordinary with his question.

Finally, a glint of clarity and epiphany washed over his face and he let out a long drawn out “Aaahhhhh” like a sigh of relief. A light came on.

“Your white skin grants you the most powerful privilege that’s hard to detect at first, but once you see it, you can’t un-see it: your privilege to be an individual,” I said.

As individuals, white people are never considered to be responsible for the transgressions or misdeeds of others who resemble them whereas all Black people resemble the Black person on the proverbial ‘wanted poster’ no matter what space we enter, no matter our status, our creed, or any other merit you might think would grant us individuality. To add insult to injury, some of us will get accused of “not being Black enough” if we don’t live up to the stereotypes that come with the idea that we’re a monolith.

White people are granted a liberty here in America that Black people never get to experience unless we’re in a room full of just us Black people. When we are just in a room full of our own, we feel safe to like or not like one another for legitimate reasons—and none of them are because we are Black.

Black people have opinions about who we work best with, just as much as any other person! Sometimes it's personality, sometimes it's ideology or philosophy—same as anyone else. I would find it impossible to work along side of Ben Carson due to ideological core differences and I know that if I ever had to work with Kanye West on a community-based project, we would most likely argue the whole time and eventually abandon the project.

But due to the fact that we as a group have been systematically targeted and historically oppressed, there is immense pressure on all Black people to work even better together out of necessity of survival. In theory, that would be wise to adhere to—but again, we are are individuals, both in hard times and in joyful times.

So to clear up the confusion, there is no such thing as a “divided Black community.” There is, however, a community of Black individuals.

Each of us work better with some people than others.

Why? The list of reasons is just as long, varied and diverse as us Black people are. We have different views, beliefs, personalities, and some of us mesh and clique and some of us don’t—just like white people. 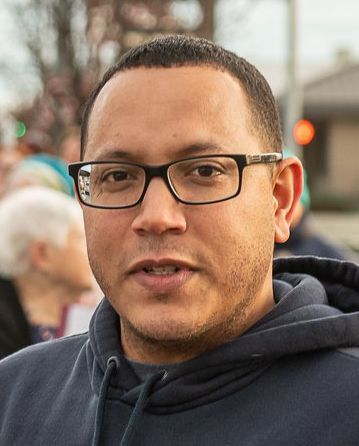 “I seem to have a built-in drive to strive for improvement in whatever it is I undertake. I admire skill and hope to be seen as someone with valuable skills in our community.” 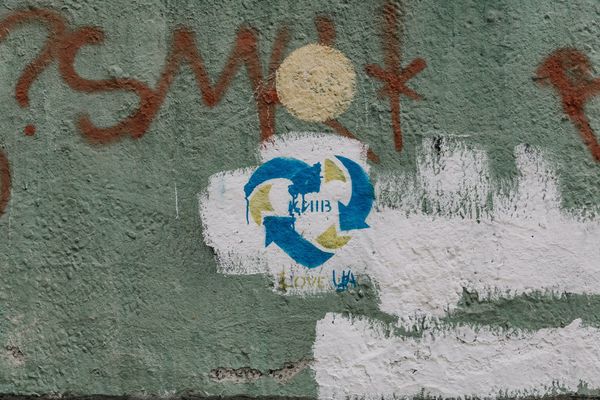 “...an overview of our current state of recycling in the Tri-Cities”