Take history outside on your bicycle.

Take a good look at all the bridges in Tri-Cities in one 15.5 mile bike ride along the Sacagawea Heritage Trail. You can cross the Columbia river using the separate bike paths on the 182 bridge and the Blue bridge. It is convenient, and you are protected from all the other traffic. The views are stunning. The bridges in Tri-Cities are part of its rich history.

It started with a railroad bridge

In 1882 The Northern Pacific Railroad Company needed a track to be constructed from Spokane to Seattle, with a railroad bridge crossing the Columbia River. An original wooden bridge was destroyed by an ice dam and was replaced in 1888. Families of railroad employees arrived, and downtown Kennewick was created to serve the railroad community. In 1906 the bridge was replaced with a metal one due to increased freight.

The Green Bridge and Cable Bridges

Originally funded by private investors, the dedication in 1922 was a history-making event, bringing together people from across the state. The toll was $.75 per crossing. Often locals who didn’t want to pay the high toll would walk the rail
bridge, instead.

The Blue Bridge, added in 1954, reduced traffic at first, but by 1977, a new bridge was built and named for Ed Hendler, the Pasco mayor who devoted 11 years to getting it built. It was the first major cable-stayed bridge in the nation and the second longest concrete cable-stayed bridge in the world. The federal funding agreement for the cable bridge required the old green bridge to be torn down.

It eventually came down in spite of a 14-year campaign by Virginia Devine, who considered it a historic landmark.

The Blue Bridge was officially called the Pioneer Memorial Bridge. It was designed to divert extra traffic away from central Kennewick after the expansion of the Hanford Nuclear Reservation in Richland and during the McNary Dam which included levy construction.

This ‘spur’ designed and branching off as I-182, crossing the Columbia River, opened in 1984. This again tried to resolve the issue of traffic and provided a direct route for Pasco to Richland.

Is another bridge yet to come? Time will tell ...

Before bridges and dams were built, for thousands of years, native people navigated the Columbia River in dug-out canoes. The Sacagawea trail in the heart of Tri-Cities is named after a Lemhi Shoshone woman who accompanied the Lewis and Clark Expedition.

From the mid 1800s on, pioneers first used ferries to cross the Columbia River. Now the city has bridges to easily cross the water with thousands of crossings daily.

The Red Rocks Amphitheater outside of Denver, CO. is a magical place but probably never more so than when John Denver brought his Rocky Mountain High to the stage for a victory lap. This album of greatest hits would have been released the same year. It featured several of his chart-topping folk tunes, including Sunshine on My Shoulders and Take Me Home Country Roads. Originally a member of the Bob Mitchell Trio, John Denver (born Henry John Deutschendorf Jr.) would find success as a solo artist. Later, he would turn his attention to philanthropy and activism for the environment and sustainable living.

“Comic books are really, really good, Aquarius. It’s time for you to start getting really, really into them. Not the superhero ones. The really weird ones.” 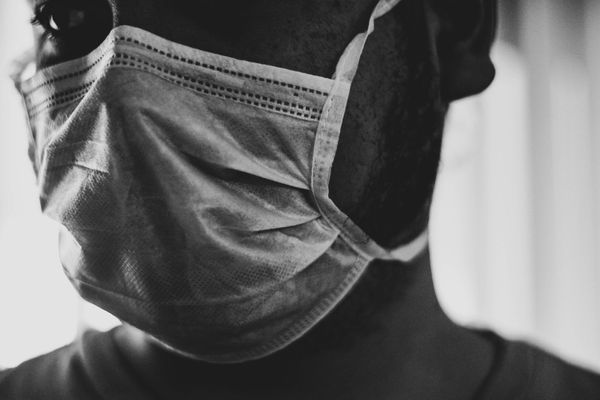 “Cutlage has had multiple email exchanges with REI Retail Director Janet Hopkins about the reopening of the Kennewick store. She says that the store manager is ‘exploiting a loophole to open earlier than they should.’”