A democracy can only survive with an informed electorate. The founders believed in this principle so much that they protected the right to speak freely, to openly debate ideas, and for a free press to publish those ideas so the people could keep the government in check. They believed that the best ideas would always win.

A belief that freedom of speech and of the press will lead to objective truth in the marketplace of ideas was not a new concept. John Milton made an impassioned case for free speech in Areopagitica, delivered as a speech to the English Parliament and published as a pamphlet in 1644. His argument that truth will always win could be summarized in this quote from his speech:

“Let her [Truth] and Falsehood grapple; who ever knew Truth put to the worse in a free and open encounter? Her confuting is the best and surest suppressing.”
― John Milton, Areopagitica

But objective truth is an elusive concept. In the age of ‘alternative facts,’ how do we find the truth? Social media is rife with conspiracy theories, disinformation, and divisive rhetoric. Russia and other foreign actors continue to attack the United States in an effort to weaken us by sowing discord through social media bots and fake accounts. The media makes a profit through click bait and sensational headlines. And our own politics are so divided that many of our fellow Americans think members of the other political party are the enemy. How can we possibly agree on objective truth when we don’t trust the government, the media, or anything that doesn’t align with our own world view?

The inability to make decisions based on science and factual data, what should be considered objective truth, has stymied our nation’s response to the COVID-19 pandemic. The United States continues to rank near the top in the COVID-19 case rate and death toll while countries like South Korea, Italy, and Spain—who experienced some of the worst impacts at the beginning of the pandemic—now have the virus under control and are cautiously opening up their economy, schools, and some tourism.

An effective public health response should never have been a politically divisive issue. The coronavirus doesn’t care whether we believe the scientists and epidemiologists. For the nearly 150,000 people who have died (CDC data July 27, 2020), the arguments about whether the pandemic is a political hoax, whether masks are effective at controlling the spread, or whether the disease will ‘just disappear’ no longer matter.

Forbes reported [Forbes.com, July 21, 2020, “Nearly A Third Of Americans Believe Covid-19 Death Toll Conspiracy Theory”] that nearly a third of Americans believe the conspiracy theory that the COVID-19 death count has been exaggerated to undermine Donald Trump’s reelection campaign. The Ipsos/Axios poll quoted by Forbes shows how partisan that belief is:

A study published in the Journal of the American Medical Association on July 1st, also cited by Forbes, concludes that a number of scientifically-based conclusions show the death rate is actually much higher than that reported by the CDC. This should be considered an objective truth. But that study won’t change the minds of Fox News viewers and Republicans whose ‘truth’ differs from the facts.

And what Americans believe about the pandemic is just one of many examples of how elusive objective truth has become.

The news organizations we depend upon for information, the free press, often blurs the line between fact and opinion. And when the news conflicts with our world view, we claim bias and discredit the source. This tendency to only listen to what we already believe is amplified through incessant commentary, political spin, and often outright lies from those who want to manipulate public opinion. And we have little incentive to check facts and sources.

How can we be an informed electorate of responsible citizens if we don’t share a common set of facts?

Lies and disinformation in political campaigns are nothing new. The ugly campaign of lies and ad hominem attacks between Thomas Jefferson and John Adams for the presidency in 1800 was just as bad, or worse, than anything we see today (look it up).

When I was planning to write this column, I wanted to provide some thoughts on how to identify objective truth. But there aren’t any easy answers.

The internet and social media aren’t going away. Divisive politics aren’t going to change overnight. Russia is still working hard to divide us from within and those in power are doing everything they can to hold on to that power.

So, my advice is to try to see outside your bubble of confirmation bias, be skeptical, and vote your conscience. If we don’t keep trying to find that objective truth, our democracy may not survive. And then the pursuit of the truth through the freedoms of the First Amendment will no longer be possible.

Ted Miller grew up around the world but now lives in Richland with his wife. He’s a runner, actor, singer, nuclear engineer, and graduate of the U.S. Naval Academy. Ted believes that if more people worked toward love and understanding instead of giving in to fear and divisiveness, the world would be a better place. tedmiller.net

“O Oracle, I have been in the streets for weeks and I'm tired. I'm afraid my rest will hurt the movement. What words do you have for me?” 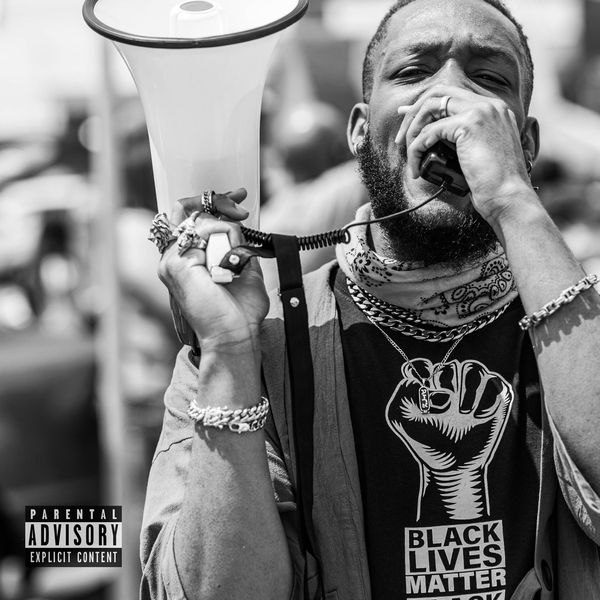 “Ten years from now, there will be a few songs that remind us of this era we’re all surviving.”