To many, the recent audience outburst at the end of the April 26 Richland School Board meeting came as a surprise, but to those of us who have been closely watching, it’s the latest in a pattern of homophobia and transphobia occurring at meetings throughout the school year. I’ve collected stories from students, not to point the blame in any one direction — this problem is systemic — but to stop the pervasive silence around the issue.

Several instances of homophobia and transphobia occurred during a Richland School Board meeting in September, while the mask mandate was still in place. Following the suicide of their peer, several Hanford High School Students wanted to share their frustration with board members.

One student, Haven, sat with their sister in the audience hoping to speak during public comment. An unmasked adult sat behind them, halting the start of the meeting. Haven’s sister asked him to put his mask on, and the situation quickly escalated. The man swore at the siblings multiple times, telling them to “shut the f— up” and repeatedly calling Haven’s sister, who is transgender, a “thing.”

Gee, a student sitting near Haven, began crying during the commotion. Shortly after the incident, Haven and their sister left the building.

Once the unmasked man complied with the mask mandate, the meeting began, and public comment opened. After Gee and her friend commented, they met with a few district officials in a separate room. In an interview, Gee affirmed that it was only audience members involved in the harassment, not district employees.

M Brightman, a Hanford freshman and a friend of the student who died by suicide, heard homophobic comments from the audience, including, “No wonder they killed themselves. They were a d*ke,” from an audience member.

M, who uses they/them pronouns, also added that they had experienced issues with board members, as well. “At one of the earlier board meetings, I [spoke] to one of the board members afterward, and even after telling them my pronouns and gender identity, they continued to misgender me [by] using ‘she/her’ when I had reminded them those were not [the pronouns] I used.”

In Kennewick, Aurora Solis, a transgender student, spoke during public comment at a Kennewick School Board meeting on February 9, 2022. As she returned to her seat, she was met with several demeaning remarks from audience members asking if she was a boy or girl. Directly after her comment, an adult used their public comment time to air grievances that teachers are telling students that “girls can be boys and boys can be girls,” and later in her comment, that “boys have been allowed to use the girl’s restrooms,” a comment Aurora felt targeted transgender students like her in Kennewick School District.

Aurora stated in an interview, “The discrimination that is allowed at our school board meetings is disgusting. [School board meetings] are supposed to be safe spaces for us to bring up problems at school, but queer students can’t talk there without hatred from the audience.”

More recently, during the public comment period of the Richland School Board’s March 22 meeting, a commenter used Bible verses to condemn “homosexuals” and state that they were not permitted in “the kingdom of God.” This commenter had previously said, “America is a Christian country” during the March 8th meeting, a statement that largely ignores 39% of adults in Washington, including parents of students in public education who don’t fit that narrative.

Also at the March 22 meeting, a different community member told the board that they needed to protect the district against “gender equality” books. Comments were met with applause from audience members.

The trend of LGBTQ+ discrimination isn’t going unnoticed with discussion on Facebook and student affinity groups within the districts.

Student leaders of Hanford Student Equity Club stated: “The lack of initiative from the school board to speak up in defense of LGBTQ+ people is frightening but not at all surprising.... It’s frustrating that, with a lack of support at home, there isn’t a space outside of households that provides the means to uplift queer students. We’re trapped. No matter what we do, our identity is either wrong or a weapon.”

On April 26, I personally had the privilege of serving as the ‘trial’ RSD Student Board Representative, which is currently on a rotation cycle amongst various students before the position officially begins next school year. The meeting involved the ongoing recall, so naturally, many people were hoping to speak during public comment. During comments, there was heckling and then a refusal by certain audience members to respect the directions of Board President Oldson. The situation got out of hand, so a recess was called.

At the end of the meeting, during board reports, the issue of hate speech reared its head again. Board Member Jansons shared in his report that he had attended a poetry slam at Hanford High and heard concerns from students about anti-LGBTQ+ rhetoric at past board meetings. Jansons reaffirmed his support for the safety of the LGBTQ+ student community. Heckling broke out again while he spoke. The man who had previously used Bible verses to condemn “homosexuals” (March 22) loudly began to interject that he should have been allowed to speak during public comment, and disorder ensued as audience members yelled things like, “this is CRT stuff.” After order was somewhat restored, Jansons finished his statement. Afterward, I added, “We need to respect students of all identities; it doesn’t matter what your religion is.”

At the time, I believed this to be an uncontroversial unifying statement. However, since then, it has been manipulated in every which way, leading to adults insulting me online — some of which has been “liked” or otherwise indirectly supported by board members.

Luckily, district staff have been helpful and kind through the aftermath of the April 26 board meeting, and Richland School District has released a statement with meeting reminders and will have security personnel at future meetings. I’ve also been sent many encouraging notes by community members and students, and have additionally been made aware of several avenues of action for my concerns.

That said, heckling and discriminatory comments shouldn’t be a continuing pattern at school board meetings; and furthermore, student voice isn’t only important when it supports the dominant community opinion.

Respect doesn’t mean you have to understand everything yet or throw away your beliefs; it means you have to believe that all people are equal and deserving of a voice. One religious belief or viewpoint isn’t above needing to be respectful. Practice what you preach.

Just in January, we saw the gravity of community intolerance when Carmichael Middle School students created an account on Instagram, @cms.anti.gay, with the school logo as a profile picture and posted several pictures of students along with slurs. The account was reported to Instagram as well as RSD, and subsequently deleted, but the incident reveals an important truth: Disrespect is taught. Hatred is taught. Who taught these middle schoolers it was wrong to be gay? Was it the same parents who thought my statement that “we need to respect students of all identities” was too radical to utter in a Richland School Board meeting?

**All names and stories were used with the explicit permission of students affected.
**According to the Tri-City Herald, the Bible bearing commenter has been banned from the RSD Teaching, Learning and Administration Center building after being accused of “intentionally knocking his walker into a staff member before the end of the meeting.”

Shreya Mehta is a student leader in Richland School District who serves on the Diversity, Equity & Inclusion Work Group as well as the Student Voice & Advisory Council. 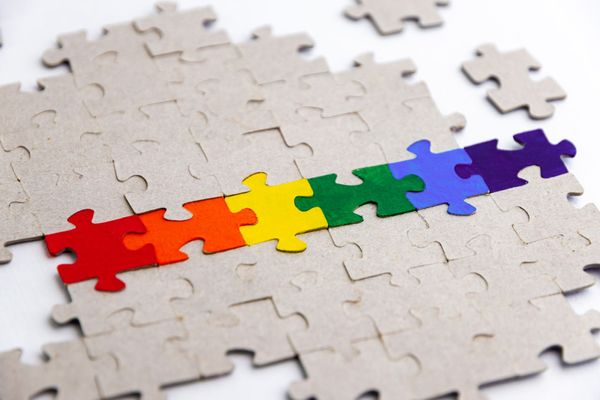 "I choose to accept and celebrate that I am bisexual." 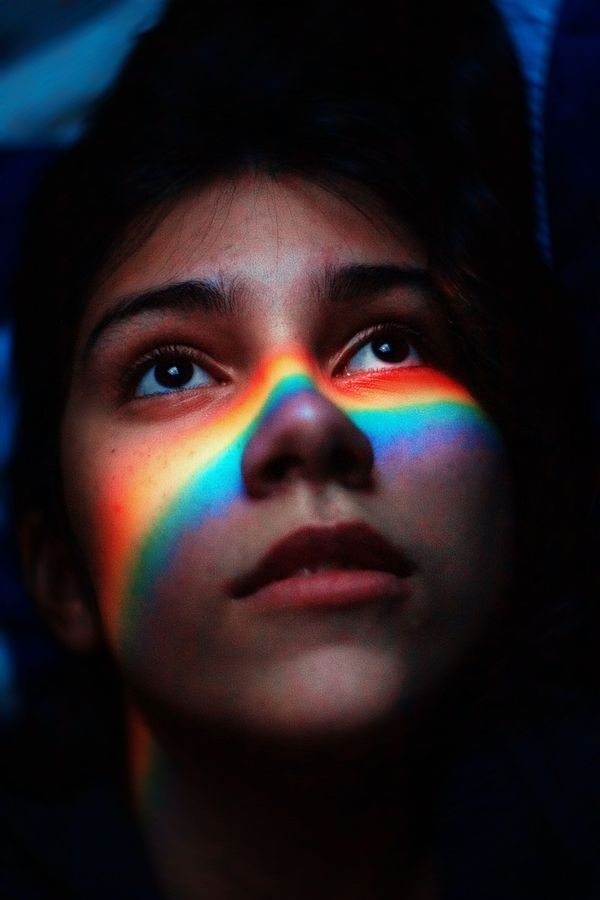 “It's been bad. We‘re sorry. Take care of yourself.”