In Washington state, certain local races have been legally nonpartisan since the 1940s, according to the state’s constitution and as enshrined in state statute. In an effort to avoid the growing corruption of the time occurring in larger metropolitan areas (primarily on the east coast), Washington state lawmakers approved legislation that led to the nonpartisan nature of city council, school board, port commissioner, public hospital district, and fire district races.

By definition, nonpartisan races free candidates from having to declare a party affiliation. It has long been argued that political parties don’t really have a direct bearing on providing basic public services, and perhaps you’ve heard the famous quote attributed to former New York City Mayor Fiorello La Guardia: “There is no Democratic or Republican way to pick up the garbage.”

It’s hard not to get sucked in by the ever-increasing landscape of partisan divisiveness in our country. I’m still recovering a bit myself from the 2020 Presidential Election and could use a break from politics! But I strongly believe that “all politics is local” — city council and school board members make decisions that directly impact our communities and everyday lives more so than that of our congressional representatives or the occupant of the White House in Washington D.C. This election cycle matters and could single-handedly change the dynamic of many of our cities and school districts who are reeling from a devastating global pandemic.

It’s true that nonpartisan elections place more onus on voters to do their own research about candidates instead of referencing a party platform. When voters are too busy or too disillusioned to do so, we risk the creation of a less-informed electorate, resulting in lower voter turnout in off-year elections. For example, in our recent Primary Election on August 2 of this year, only 35% of eligible voters in Benton County returned their ballots. Across the river in Franklin County, less than 1 out of 4 voters participated for a turnout of only 21%.

Nevertheless, it’s important that we preserve the nonpartisan nature of these local races. There’s plenty of partisan provincialism at play already in other elections. Nonpartisan bodies are more likely to see cooperation between elected officials who may come from different partisan backgrounds. It engenders an approach to governance that is more fact based and one that seeks practical solutions versus being ideologically based and inherently biased.

Please be an informed voter this election cycle and participate in the 2021 General Election. Carve out some time to read the voters’ pamphlets provided by your county auditor’s office. Check out our Election Guide on pages 32 – 48 and visit https://tricitiesvote.com. Watch candidate forums hosted by nonpartisan groups like the League of Women Voters of Benton & Franklin Counties, and return your ballot before the November 2 deadline. Vote for candidates based on their character, qualifications, ideas about improving the system, and visions of the future for our local jurisdictions.

Let your voice be heard and cast your vote!

Justin Raffa is a former candidate for Benton County Commissioner and works to improve citizen engagement in local elections. A passionate advocate for arts and culture, he is chair of the Washington State Arts Commission and Artistic Director of the Mid-Columbia Mastersingers.

Photo by Manny Becerra on Unsplash

“Do you want change in the Tri-Cities? Voter turnout can make a huge difference.” 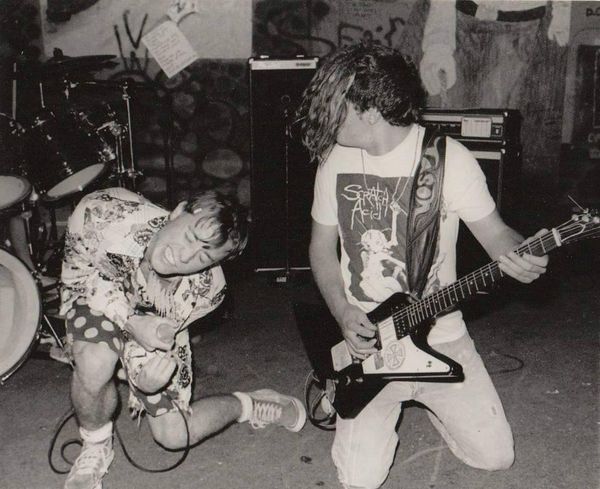