Kimberly Starr understands what it feels like to lose a loved one to suicide. She and her husband have dedicated themselves to suicide prevention education since their son, Tom, died by suicide in 2015. Starr now does presentations to companies and organizations about suicide and mental health. She has also written a number of short essays about grief and loss, many of which are combined in her book: 457 Days: A Mother’s Journey Along Grief’s Path.

“Almost a year after Tom died, I connected with Forefront, which was an organization out of the University of Washington that was doing research about postvention work,” says Starr.

“One of the things that happened when we connected with them was they had these care kits, and you either could request them for yourself or someone could request one on your behalf…. They could fill out a form about somebody who’s had a suicide loss and send that form to Forefront.”

Although Forefront is still doing a lot of important work around suicide, they no longer provide postvention care kits. Starr remembers the kits as being a tremendous resource for herself and her family, and she wanted to create a similar program locally.

The kits will include a number of resources from organizations like The Compassionate Friends, local support services like the groups at Cork’s Place, reading materials, a journal, and comfort/self-care items like tea, or tickets to spa treatments or hockey games. “We always ask the people in our support groups what kinds of things they would want in a care kit,” says Hickey. “They know better than anyone.”

Starr also has a unique item she wants to include in the adult postvention kits: Filimin Friendship Lamps — wifi lights that come in pairs (or larger groups). The idea is that you keep one and give the other(s) to loved ones. When you touch your lamp, the other one lights up to let your loved one know you’re thinking of them. The Friendship Lamps connect no matter how far apart they are.

“A year or two after Tom died, on a whim, I purchased some wifi lights,” says Starr. I have one at my house and my daughter, Gwyn, has one at her house…. It’s a way for people to stay connected. You can call, you can Zoom, you can text; but there’s something to be said for just staying connected. I just felt like I wanted another way to stay connected to Gwyn…. It just made me feel so good. There are times when it’ll turn on, and I’ll go over and touch [the lamp] and there’s just an immediate connection…. It’s ‘I’m thinking of you’ without the need to feel like, ‘I need to get back to them.’”

Starr wrote to Filimin, the company that makes Friendship Lamps, about the use she had found for them after her son’s suicide, and the emotional impact that they had for her and her family. The president of the company got back to her the same day saying that her letter had touched many people in the company, and they had decided to donate some of the lamps for Starr to give to families experiencing loss.

This May, RDO Equipment and the Offut Family Foundation awarded a grant to Cork’s Place and the Youth Suicide Prevention Coalition to help them pay for some postvention care kits. The Youth Suicide Prevention Coalition is under the umbrella of the Benton-Franklin Community Health Alliance(BFCHA), a task force whose mission is: “To bring the community together to work collaboratively and cooperatively to address community-wide health issues, and provide affordable and accessible healthcare for all residents of the Mid-Columbia region.”

Kirk Williamson, the Program Manager at BFCHA, says that the postvention kits are for the friends and family members to open “when they’re ready. It might be six weeks; it might be six months; it might be a year,” says Williamson. He understands that long-term support must go hand-in-hand with immediate crisis support.

“The postvention work that we do is an immediate response to people that are directly affected by suicide. It is imperative,” says Hickey. But after the immediate response — sometimes months after the death of a loved one — crisis mode wears off, the shock wears off, and grief settles in. “That’s often when people need support the most,” says Hickey. The suicide postvention care kits are one way to help with the need for long-term support, but Cork’s Place also offers support groups for people who are grieving.

“We have several different services that we provide, but our main piece is providing peer grief support to children and teens and their caregivers,” says Hickey. Cork’s Place has nine support groups, currently, based on age. They recently added a young adult group (for people ages 18–24). They also always have a group available for people who have had deaths by suicide in the family. Children of people who have died by suicide are at much higher risk for attempting suicide themselves, so this intervention is vital, says Hickey.

“Everyone in our support groups has experienced death, and are all there to get support,” she says. “We have youth and adult grief specialists that have a lot of training in trauma-informed care; they facilitate the groups.”

There is so much need for this type of grief support, that Cork’s Place is running out of room. “Cork’s Place received a second grant to help provide additional opportunities for grieving teens to share their grief in a safe, supportive environment,” says Williamson. “The money will be used to provide additional training and meeting space to help reduce the current waiting lists of young people who need support in their grief.”

“We also provide training for teachers, parents, and even adults at medical facilities and funeral homes,” says Hickey. “We teach that you need to be okay first before you can help someone else.”

Cork’s Place is in need of volunteers. Call 509-783-7418 and inquire about volunteer training or go to chaplaincyhealthcare.org/volunteers/volunteer-application.

If you would like to help the Youth Suicide Prevention Coalition by making a financial donation, offering space to store the completed care kits, or providing a suggestion for something that should be included in the kits (like services or comfort items), please email Kimberly Starr at starrbrightconsulting@gmail.com. 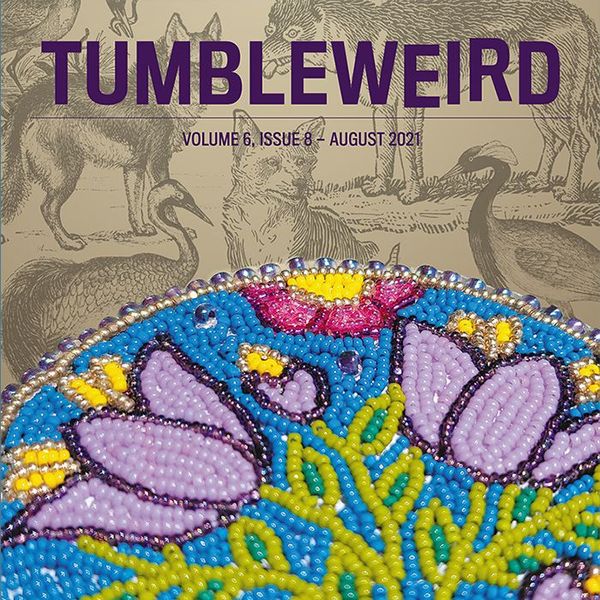 Get out and vote. We're counting on you. 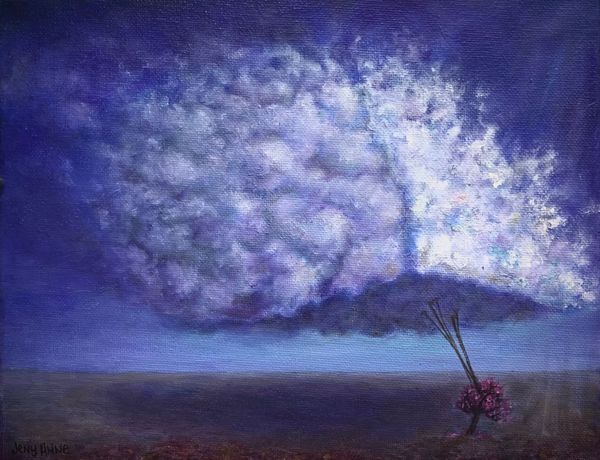 “The Indigo Show featured many amazing pieces from local artists.”