So, you’d like your next vehicle purchase to be an electric model, but are concerned about charging it. You’re not alone. Here’s some reassurance.

First, unless you leave town frequently, most of your miles will be on days when you drive far less than the mileage limit of any electric vehicle (EV). So, most of your miles can be powered by conveniently charging your EV at home. Even an ordinary 110 volt electrical outlet can add 50 miles of charge in twelve hours, at a cost of about one dollar.

If you live in an apartment, talk to your landlord about providing access to an outdoor electrical outlet. It will make that property more valuable. If the landlord won’t provide it, look around for a place that will, and call city hall about the need for charging access in apartments. It should be required in new housing.

If you want to venture beyond the range of your EV, you’ll have to charge at public stations. There are a few considerations that are pertinent.

First, charging stations are not yet as common as gas stations, so some planning ahead is needed. You can view the distribution of stations at https://afdc.energy.gov/fuels/electricity_locations.html or using charging apps such as EVgo, Plugshare, and ChargePoint. Charging at these stations is generally much faster than charging at home. When we asked local folks what they use, Reg Unterseher said, “I use the ChargeHub app to find chargers; works great. There are plenty of fast chargers between here and Spokane, and appear to be plenty between here and Seattle. Only the one in Connell was expensive, the rest were very reasonable. There is a free Level 2 one on the Whitman campus!” Josh Patty said, “I use the Plugshare app. It is pretty helpful when I am not using a supercharger.”  Dianne Bennett said, “If you can find Chargepoint chargers, they're definitely our preferred service.”

Charging at public stations can sometimes be more expensive than at home. While there are some free public charging stations, others cost at least 20 cents per kilowatt-hour, about three times the rate for charging at home. For a car that uses 0.3 kilowatt-hour of charge per mile, the cost per mile is about 2.4 cents for home charging and at least 6.4 cents for public charging. But even the more expensive public charging costs half that of an internal combustion car that goes 30 miles per gallon at a cost of about $4 per gallon.

Another consideration for public charging is the time required, which depends on the level of charging and the current capacity of the EV. Level 2 charging adds only 20 to 30 miles of range per hour of charging, so that is best done overnight. Level 3 (AKA DC) charging can charge most car batteries to 80% of capacity in 30–45 minutes.

Since charging EVs is much slower than adding fuel, travelers are looking for ways to spend that time well. This creates opportunities for businesses.

Brent Gruber, senior director of Global Automotive, said “The levels of satisfaction that are responding well to public charging [are] those that have a convenient experience with things to do nearby. That was one of the top findings, the level of amenities nearby when someone's charging. I can't tell you how many responses we saw from survey takers who were indicating that the charging station they were at was in the middle of nowhere and there was nothing to do while they were charging. So having restaurants nearby, shopping, those kinds of things, that's really going to be key to adding that convenience factor.”

Some local businesses have already realized the business opportunities that installing charging stations affords them. A lot of car dealerships have them, but users are more likely to use charging stations near restaurants, stores, and movie theaters. Sara Quinn recalled shopping at a Fred Meyer she otherwise wouldn’t have visited just to use the charging station. “It’s like getting a free fill-up while you shop,” she said. “My car is a 2014 Nissan Leaf... not an expensive model at all. There are a lot of options for people who want an EV on a budget.” She added that she and her spouse, Brendan Quinn, at times choose a lunch spot based on its proximity to a free charging station. Brendan said that when he lived in the Los Angeles area, the first businesses to install the stations were movie theaters. He said he hopes to see the same trend here in the Tri-Cities.

In 2017, the Electric Vehicle Infrastructure Transportation Alliance formed to explore adding charging stations in the Mid-Columbia region. The following year, new stations were installed in Kennewick and Pasco, and more have been added since (just check out one of the charging station apps we mentioned above). A lot of drivers in the Tri-Cities would be glad to see charging stations (especially free ones) become more prevalent in the near future.

Washington State plans to phase out gas-powered vehicles by 2035, but we have a long way to go. “Switching to zero-emission vehicles is a critical milestone in our climate fight,” said Washington Gov. Jay Inslee. “With growing numbers of consumers and manufacturers already making the switch, we’re making sure Washington is ready to seize the benefits of our EV future.”

Sara Quinn is the Editor in Chief of Tumbleweird. 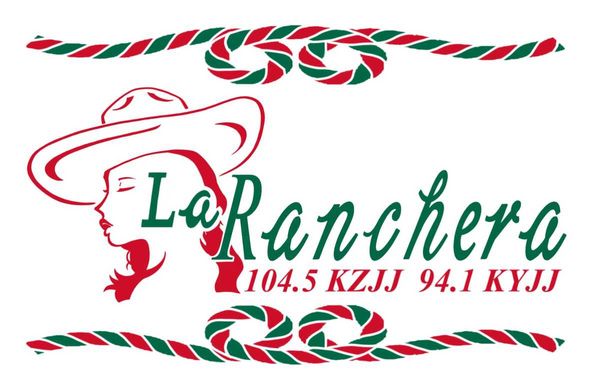 “We can make news and education more accessible to everyone.”

"Autumn is bookended by the carefree warmth of summer and the looming stress of the holiday season."