I want to tell you about a new radio station called La Ranchera (104.5 KZJJ FM Tri-Cities, 94.1 KYJJ FM Hermiston and Umatilla). A local entrepreneur and restaurateur named Salvador Rodriguez decided to start this radio station with me.

We want to evolve the concept of Mexican radio stations. The goal is to reach the entire Mexican community — the whole Latin community. Many other countries besides Mexico listen to Mexican music.

The concept of the radio station focuses on Ranchero culture. Ranchero people are from the pueblo. They're people who work in the fields — people who value family. Sometimes Rancheros are treated as a lower class, but they are humble people who work with their hands and help each other. The concept is that we want to reach people and fight ignorance.

One of the things we do is try to do is educate people in Spanish. We will have educational programs about things like folklore and tradition, and the real history of Mexico — the real meaning of Cinco de Mayo. We want to talk about different politicians, too, and host Spanish forums with translators.

Not everyone has access to computers, or access to the internet — email, Twitter, etc. Many working people don’t have time to browse the internet even if they do have access. A lot of people who work jobs like construction, restaurant work, or farming listen to the radio while they work, though. We can make news and education more accessible to everyone.

We are also partnering with local organizations, like One America in Yakima. One America works with immigrants on issues of civic engagement, and environmental and social justice. La Ranchera is a platform for organizations to spread information about opportunities, programs, and public service announcements.

We try to help small businesses, too. We have very affordable advertising for that reason.

Right now, we're offering Spanish translation for companies for free for advertisers. They just have to pay for the advertisement slot. I think a lot of local businesses want to reach out to the Spanish-speaking people in the community, but they don’t really know how. That’s why we’re doing the translations for free; we can help create more unity in the community.

We need support from the people. We're new; we need the opportunity to thrive. We need more people to be interested in reaching the Spanish-speaking community so we can translate information and ads for them. And more people should listen!

I said this at Inspire Washington a little while ago:

Our culture is rich in folklore, art, knowledge, and love, and we want to let everyone know how important Latinos are for every community in the United States. We want to show the culture, economic growth, and all the changes we bring to the U.S. We want to educate everybody respectfully, because we deserve to be seen with different eyes — with respect. We have more to offer than people think we do.

This is why we created La Ranchera cultural Mexican radio.

We have a lot of plans for the future. We will train radio hosts who will spread the word about aid and other programs that working people have access to.

“The pandemic was not an easy time for me as a student and as a person.” 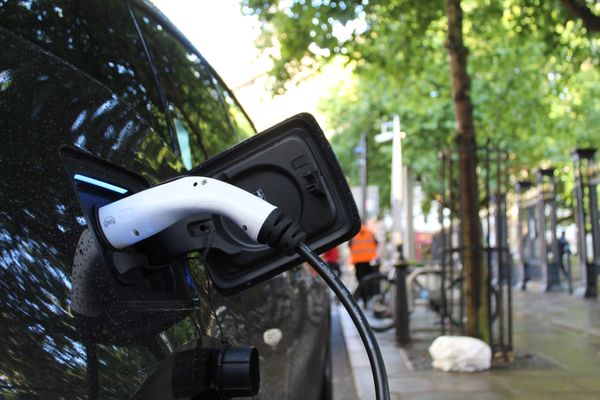 "So, you’d like your next vehicle purchase to be an electric model..."