Well, hi. I'm Adam Brault, one of Tumbleweird's new capitalist overlords owners, along with my partner, Sarah Bray. (I'll let her introduce herself to you in her own post.)

Totally normal if you don’t know who I am but feel like my name is vaguely familiar.

Most people seem to know me as the guy who couldn’t convince the City of Richland to donate a 15 year-old hole in the ground so that we could build a public market. (Our team's still working earnestly on that in Pasco btw.) Or as the guy who helped start TriConf or was a Fuse cofounder or gave a talk at TEDxRichland like ages ago or ran a tech conference on humanity ethics in technology that ran through the B-Reactor. A handful know me as founder of a weird software company called &yet.

But basically I'm interested in making the Tri-Cities better and I really like encouraging others to do the same.

Why buy Tumbleweird in the first place? Well, honestly, like many things, I spent a long time not planning to do so.

I've been passionate about Tumbleweird since Logan first grabbed me at Adventures Underground and enthusiastically shoved the first issue into my chest.

This summer, when Henry decided to step down from running Tumbleweird, Ted reached out to me and we started a conversation. I set it aside when my friends Sara and Brendan Quinn picked up the torch as editors, assuming things were well in hand. (And of course they've done an amazing job so far. I feel thrilled to be collaborating with them.) Ted reached out again a few weeks ago, making it clear that Tumbleweird wasn't in a financially sustainable position and some changes were going to be needed.

Sarah and I talked it over and decided it was a great fit for us as a passion project—something that had an existing team who we could come alongside and use our skills and experience to help grow and make sustainable. And we are truly excited about collaborating with Sara, Brendan, Henry, Ted, Logan, and the scores of people who've made Tumbleweird what it is today.

I strongly believe that Tumbleweird can play a role in the future of our community. It's already played a huge role in our community's present. It's created a blooming haven for marginalized people and folks well outside the status quo to see and believe that there are people like us here: idealists, artists, LGBTQ+, liberals, socialists, feminists, urbanists, environmentalists, immigrants of all stripes, atheists, agnostics, musicians, creatives, and people with ideas and perspectives that don't fit neatly inside beige strip malls.

If we're going to make a better Tri-Cities, it's going to take everyone—especially the folks who aren't part of the dominant majority. And it's going to take compassion, collaboration, positivity, and empathy to bring people together rather than just draw a clear us and them line.

Change and an alternative future occur by capitalizing on our gifts and capacities. Bringing the gifts of those on the margin into the center. This is a definition of community.

One of the things I've always liked about TriConf is the way it breaks through traditional silos and pulls people out of the woodwork. It's awesome to see new things emerge just because unique people meet unique people. The idea of having a mini-TriConf every month sounds pretty awesome. (As an introvert, I gotta say the idea of doing it entirely in written form sounds even better.)

It's funny because I feel like getting involved in Tumbleweird is a weird fulfillment of many things I actually went to school for and hadn't really used much to this point.

I actually have a background in amateur journalism, having taken a number of journalism classes at WSU, working for the student paper there, and as a couple of years as editor of Kamiakin's paper in high school. I also have a degree in advertising. I really don't like advertising at all, but I went to school for it because I really wanted to go to film school but 19 year old me didn't think I had the attention span to create full-length movies so I naively figured writing ads was the next best thing. ¯\_(ツ)_/¯ 19 year olds. What can I say.

(Oh speaking of advertising, I guess I'm now the de facto Vice President of Ad Sales for Tumbleweird, so get in touch if your business wants to support a super weird publication focused on bettering the Tri-Cities and appear in one of the only pieces of print read by people under 40 in the Tri-Cities.)

I believe Tumbleweird has a lot of potential and I'm looking forward to contributing to it growing in that potential. But for now I'm going to hold back on saying more regarding what I think the vision for Tumbleweird's future ought to be.

Because Sarah's currently leading an effort to gain input from past contributors and supporters and community members in order to coalesce a clear vision for Tumbleweird that's completely community-driven.

And regardless of what I think Tumbleweird could be, that's definitely the core of what it must be. 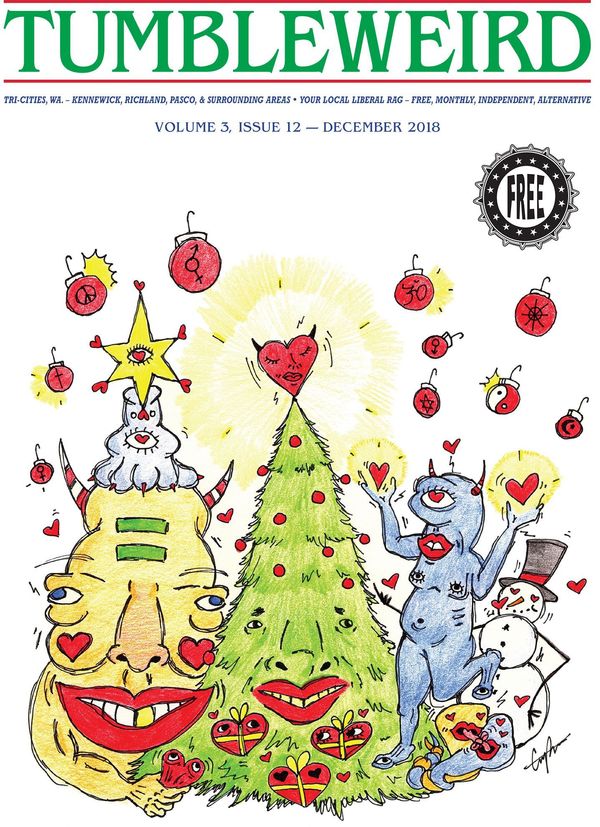 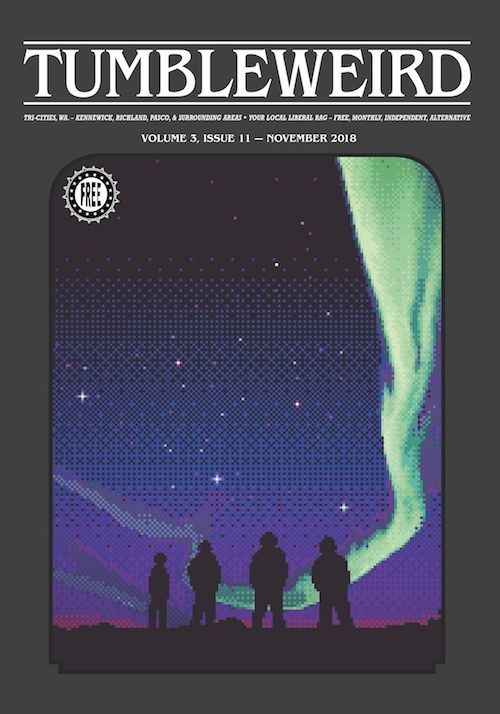