We all know that global warming is causing great suffering, and the harm will get worse as the Earth warms more and more over this century and beyond. We also know that most of the warming is driven by carbon dioxide emissions from the extraction and combustion of fossil fuels. If we add up all of the past and future costs of the warming and divide that total by the total amount of carbon emitted into the atmosphere by human activities, we get what is called the social cost of carbon, usually expressed in dollars per tonne (1000 kilograms) of carbon dioxide. For reference, a tonne of carbon dioxide emitted when about 100 gallons of gasoline is burned.

It’s called the social cost because the cost is not paid by anyone when they extract or burn fossil fuels. The cost is borne by people who suffer from the subsequent impacts. Some of that cost is spread around to those paying higher premiums for insurance policies or by taxpayers when government funds are provided for disaster relief or adaptations such as dikes. The cost of carbon is socialized, so it’s called the social cost of carbon.

Why does it matter? The social cost of carbon could be used to justify a carbon tax. Most economists think the optimal tax on the carbon content of fossil fuels is its social cost. But in most carbon tax schemes, estimates of the social cost aren’t actually used to determine the price on carbon. The carbon tax could rise higher than the estimate of the social cost, for example, if society decides to focus on achieving emissions reductions goals that are not being met by a lower price. Or it could be lower if the political will for a higher tax is lacking.

The value of the social cost of carbon matters even in the absence of a carbon tax. Why? Regulations and purchasing decisions are generally justified depending on the balance of costs and benefits. Accounting for the social cost of carbon can determine whether a regulation on carbon-intensive products (like oil fields, coal power plants and vehicles) is established or whether a carbon-free product (like postal delivery vehicles) is purchased.

While the total carbon emissions can be estimated fairly accurately from records of fossil fuel sales, the cost of climate impacts is difficult to estimate because it depends on uncertain estimates of how much the climate responds to carbon dioxide and of how much the impacts from a given amount of warming will cost. Some estimates also account for direct health effects of pollutants associated with refinement and combustion of fossil fuels, and others do not. Most estimates don’t even account for the impacts of sea level rise. In addition, the estimates of future impacts are usually discounted to account for the improving ability of people to cope with impacts as economies grow, which depends very much on the assumed discount rate. A high discount rate discounts future impacts more.

The first official U.S. estimate of the social cost of carbon was by the Obama administration: $51 per tonne, for a discount rate of 3%. The Trump administration slashed that estimate3 to $1 to $7 by making unjustifiable assumptions such as an unrealistic discount rate of 7% and ignoring impacts of U.S. emissions on other countries.

One of the first actions taken by Joe Biden when he became president was to return to the estimate by the Obama administration, but calling for a reassessment of it. Recent more detailed studies are finding much higher estimates4 of the social cost of carbon.

Biden’s higher estimate was immediately challenged in court. A recent decision5 by a Louisiana judge (appointed by the Trump administration) blocks the Biden administration from using the social cost of carbon in decisions regarding oil leases on public land or water, arguing it will drive up the cost of oil and diminish state revenue from oil extraction operations. The decision will be appealed of course, and likely will be taken up by the U.S. Supreme court. One can only hope that Justice Amy Coney Barrett will recuse herself, given her father’s career in the oil industry.

Too few people understand the value of carbon dividends.

So, write a letter that cites the study of the impact of carbon fee and dividend on U.S. households. Recall that everyone gets the same month carbon dividend, regardless of income. But the wealthy tend to pay more in carbon fee, because they spend more on stuff, which is made using fossil carbon.

Who wants to write such a letter? 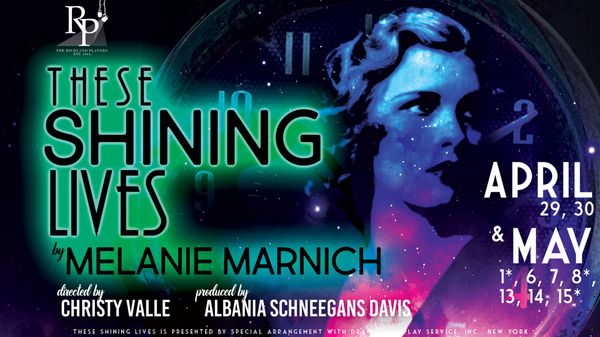 "We can be ordinary people and do wondrous things."

“I looked down at my 36-year-old hands; my fingers were caked with a reddish-brown mixture of mud and blood.”