The Tri-Cities is going to be fundamentally reshaped by COVID-19. There's still time to decide how.

Unmitigated, it would seem wide swaths of commercial real estate will be abandoned as small businesses are pushed to the brink.

The smallest of small businesses—those under 50 employees or even under 20—are a huge part of creating the unique cultural fabric of our community. It’s these businesses who are most in jeopardy of vanishing over the next year.

We can save many of these businesses and shape a future that preserves the thriving ethos we have seen grow here over the past decade, but we have to think beyond reopening.

Safe reopening is vital and entrepreneurs who care about the health of their community are showing they are more than willing to go the extra mile to accommodate it.

But we can't become overly fixated on reopening as if such a binary state is what will save small businesses in the Tri-Cities. It simply will not. Much more is needed than trying to pretend things are normal in a world that isn’t.

Some argue that virtually all economic harm has been created by lockdown policies and removing them will restore a thriving economy.

We can certainly question whether across-the-board lockdowns have been justified. (Tumbleweird’s March 8 opinion piece by John Roach that urged the Tri-Cities to flatten the curve did not even advocate for such intense measures here.)

“Stay home” order critics point to Sweden as a model of a different path with better economic outcomes. Setting aside the fundamental differences between the US and Sweden, COVID-19's short-term financial impact has indeed been much kinder to Sweden. However, multiple economic analysts indicate the long-term impact on Sweden's economy to be on par with countries that have endured stay-home orders.

“It is too early to say that we would do better than others. In the end, we think Sweden will end up more or less the same.”
—Christina Nyman, former deputy head of monetary policy at Sweden's central bank

The partisan finger pointing on both sides is not helpful—particularly for small businesses. People can protest lockdowns or dress down the White House, but what we desperately need is to focus on the future and take action.

A poll conducted in late March by the US Chamber of Commerce identified 43%  of small businesses are 3-6 months away from permanently shutting down, 24% are just two months away, and 11% less than a month. (See the report and article.)

In the flurry of effort focused on the first round of stimulus, the smallest of small businesses and minority-owned businesses are being left behind.

As the President put it, this is war. Extending the analogy, many small businesses got involuntarily ‘drafted’. Those businesses should be compensated and made financially whole for their part in the war effort.

The government is effectively subsidizing public health measures and protecting corporate wealth by leaning hardest on the folks on the bottom rung of the economy: both small businesses and low-income folks. And, ultimately, the inadequate support provided has put small businesses and their employees at odds with each other.

The key dates involved in the aid provided by the CARES Act are in direct conflict with each other. PPP funds should be used for payroll by June 30 in order to be forgivable. Meanwhile the additional $600 per week for unemployment runs through July 31, paying some people more to stay home than to work. (The comparable ‘overpay’ is logical when considering how many people have to work two jobs in order to make ends meet.)

To make matters worse, it anecdotally seems a large number of Tri-Cities small businesses have not accessed the aid from the EIDL and PPP programs.

The desperation to reopen that we see among small businesses would evaporate if they knew they would end up in the same place or better because of their sacrifices for the good of public health. But even beyond a sense of justice for the trial they've been asked to endure, we need to rely on these small businesses for the future of our communities.

The last thing we need is to decimate our hometown entrepreneurial class.

Small businesses are the lifeblood of the economy, employing almost half of the nation's workforce. The entrepreneurs running many of them are deeply embedded and invested in their communities. The ones running the smallest of businesses often see and know the needs of their neighbors as well as anyone can.

If those entrepreneurs lose their businesses and become employees at Amazon warehouses or managers at Wal-Mart or delivery drivers instead, we lose community leaders, we lose what those businesses give back to our communities, we diminish our ability to respond to real local needs, we lose cultural icons, and ultimately we retract our capacity for creating jobs that people enjoy having.

The Chair of the Fed is calling for more bailouts. There is a huge need for significantly greater stimulus in order to offset the looming deflation that could create lasting economic stagnation.

In the next round of stimulus, there are lobbyists who are going to push for money for corporations, and the average American is almost certain to get more cash in their pocket, but we need more voices calling for support, aid, and investment for small businesses—both for-profit and non-profit.

We need a stimulus that preserves small businesses who just need to weather the economic storm, pivots the ones who are no longer viable, and creates new businesses that address the needs of today.

To get a great small business package passed, we’re going to need a bipartisan plan that uses government investment to drive employment and growth among small businesses.

Roughly speaking, such a plan might have two key components:

We need to create programs that put a sizeable chunk of that money in the hands of for-profit and non-profit entrepreneurs and let them do what they do best: employ people to make something great for their communities in the context of these unprecedented times.

Photo by Vladimir Solomyani on Unsplash 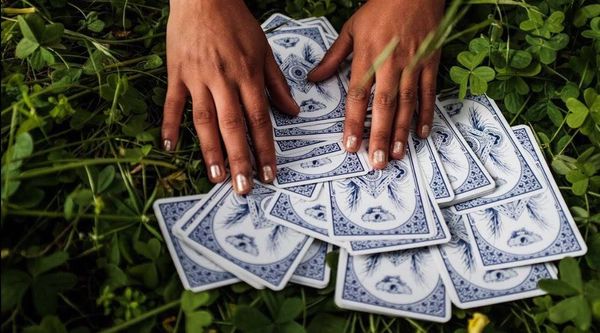 O Oracle, there are so many conflicting explanations for COVID-19, from hoaxes to “Mother Earth healing herself from climate crisis.” How do we make meaning of our existence in a time of Coronavirus? 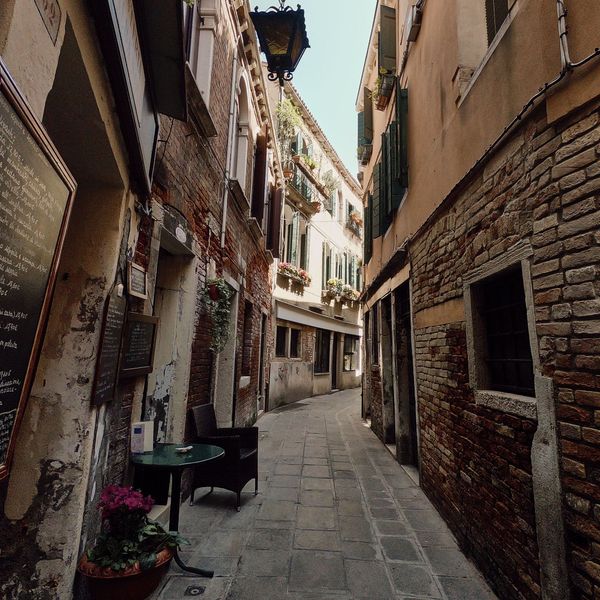