“We all create stories to protect ourselves.” —Mark Z. Danielewski, House of Leaves

As I discussed previously, ideologies as a concept, regardless of their coherence or coexistence with your own, are reducible to a story. They act as guides for the present, for a hoped-for future, as explanations for the fast dissipation of meaning. Our divisions, philosophically and personally, are driven by this egoist belief that ‘I matter, and this is why.’ When Ego and its inherent need for validation reach their simultaneous zenith, ideology swings headlong into faith. My goal here is not to destroy anyone’s faith or question the motives behind the ideologies to which they subscribe. No; my only goal is to pull back the curtain on the foundations of these ideologies, and show how by doing so, we can reach a broader middle ground to achieve progress.

The necessary dissolution of ego in ideology

For most of us, most of the time, we require a reason… for everything. As we grow older, the adolescent explanation of ‘because’ no longer holds enough water to justify the reasoning behind existence. Some will turn to religion as the basis for, and explanation of, all that is and will be, finding presumed moral justifications and reason enough to continue. Secularists will lean on science or assurance of a future as reason enough to justify moralistic behavior and continuing effort.

Regardless of the adopted ideology, the overwhelming need to have a story to guide us is driven existentially. Egoistically. We need to know that we matter; otherwise, we are apt to fall into a pit of nihilistic despair from which we may not emerge. Religious faith, in theory, is built as a one stop shop for ego-assuaging story. It allows us to have an explanation — a reason — for everything, and almost more importantly, a reason for life with its promise of eternal life and the everlasting soul. Science, on the other hand, imbues us with observable understanding of life and the world around us; this, however, is not without its own shortcomings.

Whether a scientific, religious, or a surprisingly vocal nihilist bent is your chosen ideology, we are left needing the reassurance and the acceptance that we are right, and the others are wrong. Once our Ego has latched on to the key points of the story ideology provides as existential justification, the story itself becomes unassailable with any perceived attack on it taken as an attack on us as people. Our sense of self is challenged, whether that is the intent or not.

The Ego dictates that we need an infallible reason to ‘be’. A justification for common morality and empathy to work together toward a common goal. Morality and societal empathy have been shown to be evolutionary, and in fact more prevalent in apes without a human sense of self. Apes have no story. They simply ‘are’, without the necessity to feed a very human need for a reason.

Faith is a wall

The extreme difference between subscribing to a secular ideology as opposed to one of religious faith is that, generally, secular-leaning stories tend to bend to new evidence when it’s presented. The non-religious tend to have varying ideologies that co-mingle into a view of existence, all parts working in conjunction to build a whole, hence its natural adaptability. Religious faith, on the other hand (especially in the United States), subscribes and enforces a ‘one size fits all’ mentality. It exists to explain how we got to be here, why we’re here, and how to live to get where we’re going. This makes it, in the minds of those believers, infallible and unassailable, incapable of the necessity of adaptation in the light of modern life.

Therefore, you end up with situations in which the most extreme violence is enacted upon those with differing views over the millennia when that faith is threatened. However, even given religion’s existential and all-encompassing guidebook, there are varying degrees of disagreement when it comes to interpretation. The umbrella of Christianity alone covers some 45,000 different denominations. There are different preferred translations of holy texts, different passages omitted, and different meanings gleaned from the same origin.

Sense of self and the purpose of existence being wrapped up so nicely in a bow makes those with the most complete faith as immovable as a wall. True, some concessions can be made, but no progress is truly possible beyond the lens of the story. Once too many of these concessions are made, too many nicks taken out of that wall of faith, the fear is that the entire thing will come crumbling to the ground. This fear at loss of self and purpose and explanation leads all involved into a perceived zero-sum game.

This does not necessarily need to be the case, however. Moral ambiguity is only a false perception exacerbated by faith and ego. Ideology, however, fervently fought for, remains simply the story that provides us the most comfort and protects us from the steady progress of entropy.

“Each new generation asks: What is the meaning of life? A more fertile way of putting the question would be: Why does man need a meaning to life?” — Peter Wessel Zapffe

Human consciousness is a fickle thing. It begs explanation and justification. We find this explanation and justification in stories. We take these stories as meaning, ingrain them in ourselves as truth, and fight ardently against their opposition. Without these stories, these ideologies, telling us that we matter—that it all matters—we would be left face-to-face with a chaotic and absurd universe. This thought is unimaginable for most, so we jump through endless hoops and take leaps of logic and reason to justify our stories, because the other option is unthinkable.

But, I believe, it is only this admission of ideology as story that will lead us to any semblance of a possible future as a species. Our ideologies provide comfort and solace but remain unnecessary for the existence and perseverance of morality and the idea of progress. Believe in whatever god you choose, subscribe to whichever scientific theory of the origins of the universe that makes the most sense to you, because, regardless of how well the story that you find suits you and your place in existence, we are all stuck in this collective story together. It is up to all of us to decide its ending.

Photo by Madison Inouye from Pexels 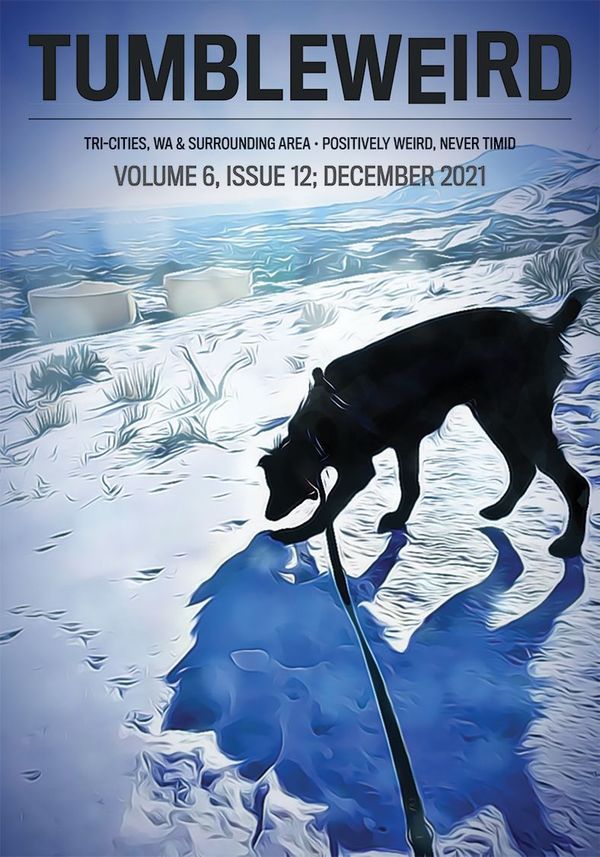 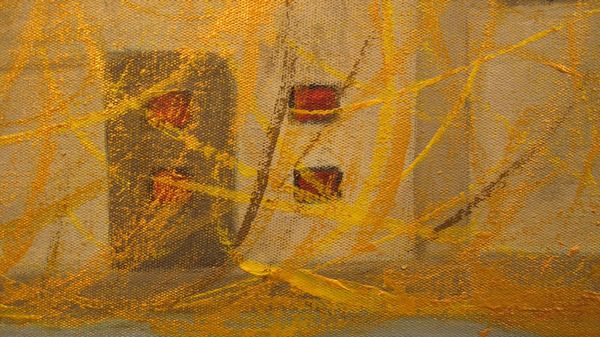 “I don’t want to make pretty pictures. Plenty of people do that already.”