Two questions: Why do you believe what you believe? What is it about what you hold to be true that makes you believe it is the truth? I would hope these questions begin as easy and straightforward to answer, at least on the surface — that you know your justifications or reasoning behind your ideology. Now, what happens in your mind when you wonder why someone with an opinion directly opposed to yours believes what they do? When you believe that your point of view is objectively true, why don’t others view it as such?

Lying at the grim underbelly of diametrically opposed views, not only in the United States but the world over, it has become nearly impossible to have a real working attempt at debate (which is the feeblest of attempts to share and change reasoning), let alone have a basic discussion to understand where someone’s thoughts are coming from. Ideologies outside of one’s own are violently opposed, difference shunned instead of welcomed, top to bottom, from the smallest issue to the most glaring violations of existence.

Desires breed belief and ideology (the difference here being that ‘ideology’ is seen as having a direct impact and observable result within an individual’s reality, as opposed to ‘belief’ which is generally less hard-set and somewhat more pliable within someone’s reasoning), according to Lacan. Desire to fill a void inherent in us all, due to what Hegel referred to as “lack-of-being” (think “original sin,” but dealing with ontological being in the most absolute of senses), a lack that we build upon from the moment of birth, for better or worse, by filling said void with reason and purpose. How to be. These are generally seen as historical and personal ideologies and beliefs.

I, however, intend to show that they hold no such existential weight. Ideology and belief, no matter how ardently held, are reducible to simple stories. Stories that make sense within a given framework that we were born into, and had no choice in. Stories that would differ had circumstances been different. Viewing ideology through the lense of story will allow us to, if not fully understand the unmovable nature of the most heinous of beliefs, at the very least, understand that those who hold such beliefs are victims of their stories, as we all are. Knowing that, we can begin to write something different.

My purpose is not to do away with objective truth, but to give us a new lens through which to define that objectivity and, I hope, pave the way for a more ethical and open understanding of reality for all — a new moral tapestry to build upon and grow together. Once everything is framed as story, the ending can always be changed.

Where do we begin?

To start with, there are some beliefs that are so deeply rooted as to not be accessible, unable to bend and break. These are the beliefs and ideologies held by the most extreme of people in the most extreme of cases. The supremacists, the fascists, the narcissists. The lens through which these groups view existence, and their and others' place within it, is not based in reality. Rather, it is a forcible way to force a vision that is counter to life as whole. Not being happy with the round hole for their square peg, they force their vision until both the peg and hole are warped into unrecognizable shapes.

The stories they choose to believe, or attempt to make real, exist counter to what is sustainable. This is not to say that their views cannot change over time, merely that for the sake of this piece, their position will not be argued against, as argument only fuels their resolve. No; instead, we will look at how, for instance, you and someone with drastically opposing views could find some middle ground to bridge the gap and, hopefully, be productive.

Take, for example, the pro-life/pro-choice debate. On the one hand, we have the drive for bodily autonomy and personal freedom of choice. On the other, (generally) religiously-guided views on existence and control, with arguments driven by guilt. Generally speaking, and with the simplest of definitions, we can show that religiously-guided arguments are null and void because, almost by definition and doing away with ideology, they are based on stories. To rectify this disparity and have both sides of the debate on equal footing, we must view both arguments from the position of belief as story, starting at the end and working our way backward.

What is meant by this? Simply put, we must begin with each side's end goal, which taken in good faith, should be the same: happiness and prosperity of life. The definitions and justifications for the position may be different, but, again ideally, will have the same result. The bridge begins to be built when you realize that I am not trying to get you to agree with my rationale for the result, but to find a way to compromise with you, despite the rationale, to end up with the result of happiness and prosperity of life.

This separation between rationale and pure reason is the main cause of friction and the barrier to respectful discussion. It reduces to, mainly, not an argument of result, but an argument of reason. Those reasons, those beliefs, those ideologies, are stories from which we derive the meaning and purpose for our drive. Not fiction in a literary sense, but fiction in an explanatory sense.

Michel Foucault stated in Discipline and Punish that the moral and ethical justifications for not doing evil stem from a point of existential oneness and not, as so many are wont to believe, from the threat of punitive retribution for evil. When stated thusly, the pro-police/anti-police argument reaches a standstill, with one side believing that the ever-looming threat of punitive recourse for actions is the justification for the enduring nature of such recourse, while the other views it as an affront to simple human existence. At the argument’s base, however, we can easily see that the end goal is still the same: humans want to be protected/free from evil.

I believe this distinction and separation from reasoning to goal, the changing of belief to story, is the only way we stand a chance to progress, if we are to progress as a species.

For this method to work, the biggest obstacle will be reconciling objective truth with the idea of story. Our purpose here is to show that the basic facets of life (observable, measurable, consistent) remain the same across the board, regardless of belief system or reasoning for said beliefs.

Apollo dragged the sun across the sky every day in Greece. Ra did the same for Egyptians. Yahweh created the sun and stars. Regardless of the story with which we reconcile objective truth, said truth remains plain: we witness our passage by the sun each day. The fact remains the same, observable and measurable.

This same extrapolation can be applied to things such as morality and ethics. Once, some tens of thousands of years ago, we evolved past the point of surviving on scarcity, and realized that survival and abundance were more assured when working together. We are still trying to reconcile with our animal brains the ‘us versus them’ mindset. We still have to convince ourselves that scarcity is an old tactic that we use to justify some of the stories on which we base our lives.

We’ve given birth to economic and societal systems built on a story of greed, separation, and sole tribal survival. “We’re all in this together, but I only care about me and mine.” This story lives in the animalistic need for survival, which is fed by the all too commonly held scarcity mindset. Scarcity only exists because we make it exist — because that’s how the story is ‘supposed’ to go.

“This is the way it’s always been,” is the easiest fallback argument against progress. If we take a step back and truly ask ourselves why it is the way it is, why it can’t be different, what could make it different, and where we want to go, the story loses its power. Without sacrificing or denying objective truth, we can create our own story. A new story. A better story.

Photo by Etienne Girardet on Unsplash 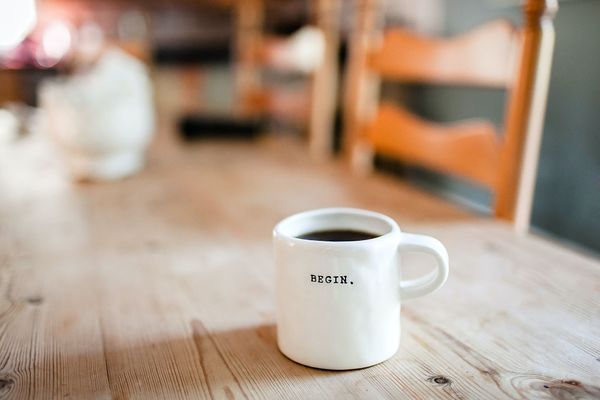 “An often forgotten part of self-care is evaluating and setting healthy boundaries.” 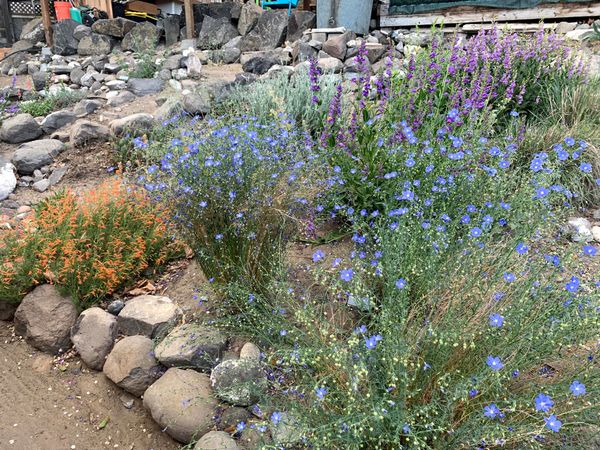 “You should kill your lawn. Seriously, murder it.”