When I heard the devastating news that five people were murdered and many others injured in a mass shooting at Club Q in Colorado Springs on November 19, I immediately thought of other recent shootings targeting the LGBTQ+ community, and the constant threat to my own friends and loved ones. Even before anything was known about the shooter, it was obvious that Club Q was targeted because it was a place where queer and transgender people gathered.

Mass shootings like the one at Club Q and at Pulse nightclub in Orlando six years ago make national news, but violence against LGBTQ+ people, and particularly against Black transgender women, is often underreported or not reported at all. Yet, at a Congressional House Oversight Committee hearing on December 14, survivors of the Club Q and Pulse nightclub shootings and other experts testified that in the last year, almost 150 LGBTQ+ events have been attacked. FBI hate crime statistics show that 1 in 5 hate crimes target individuals based on perceived sexual orientation of gender identity. Hate crimes targeting LGBTQ+ people have increased by 40% since 2015.

With the steady stream of hateful rhetoric and misinformation coming from right wing political leaders, media personalities, school boards, and judges, this increased violence is not surprising. As Representative Carolyn B. Maloney of New York said during the committee hearing, “These actions are the culmination of years of anti-LGBTQ extremism that began in statehouses across the country and spread to social media platforms before boiling over into the communities where we reside.”

We want to believe that kind of hate and violence couldn’t happen here, but Colorado Springs is not so different from the Tri-Cities. The same anti-LGBTQ+ rhetoric can be heard from our local politicians… and at our local school board meetings. Parroting language being presented in school districts across the country, Kennewick and Richland school board members are proposing policy changes to ban teachers from displaying flags representing “controversial issues.” With a lack of any clear or objective criteria, the purpose of these bans is to leave “controversial issues” open to interpretation, letting policy makers target the rainbow pride flags which some teachers display as a sign of a safe and inclusive classroom for LGTBQ+ students.

Not only are the proposed policies unnecessary, but they are also potentially illegal. In a November 21, 2022 advisory letter to the Richland School District, the ACLU said: “Without any definite, objective standards, this policy invites erratic and arbitrary application, potential for abuse, squelching of the constitutional guarantee of free speech, and runs the risk of censorship and viewpoint discrimination.”

In addition to harming students through a misguided attempt to prohibit acknowledging their existence, the proposed “controversial issues” policies could lead to expensive legal costs, diverting funds that should be spent on educating our students, not defending ill-advised and harmful policies.

Who are the so-called “controversial issues” policies proposed by the Kennewick and Richland school boards supposed to protect? They certainly aren’t going to protect our LGBTQ+ students. Our school districts already have policies in place to address curricula and classroom discussions of topics that some parents may find controversial, and there are mechanisms for students and parents to address those issues with school administrators.

Although a number of local teachers have long displayed rainbow flags and symbols in their classrooms, some of those teachers have recently been attacked on social media and during school board meetings for their displays of support for their students.

According to the Trevor Project, bullying and negative treatment is a significant risk factor for youth suicide. LGBTQ+ youth experience significantly more bullying and are four times more likely to attempt suicide than their non-LGBTQ+ peers. Data reported by the Trevor Project indicates that affirming schools not only provide a more inclusive environment for their LGBTQ+ students, but that LGBTQ+ students in those schools are less likely to experience bullying.

And the attitude towards LGBTQ+ students impacts the broader community. The disinformation and lies about gay and transgender people spread by local leaders marginalizes the adult LGBTQ+ members of our community, as well.

The people are listening. Too many in our community believe harmful lies about our LGBTQ+ citizens, and those lies could push someone to violence. Violence against LGBTQ+ people is happening all across the country, and it could happen here.

Being gay isn’t controversial. Policies targeting people because of their gender or sexual orientation leads to the spread of dangerous misinformation, and puts our students and other community members at risk. And that risk all too often leads directly to violence.

These aren’t harmless differences of opinion. They aren’t intended to protect religious liberty or freedom of speech (unless your religion and speech deny the existence of LGBTQ+ people). No, these policies uphold bigotry in the name of ‘protection’ and parental rights. And when we target one another, we put the entire community at risk.

We must recognize the danger to our community. Protecting our LGBTQ+ neighbors and children is not a controversial issue. It is imperative. 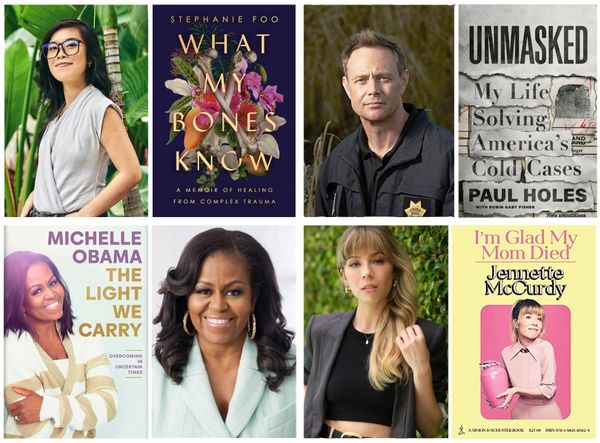 “I really enjoy memoirs....The general facts of a person’s life are only important in how they relate to the story at hand.”

“Welcome, friends. Enjoy the playground of the Metacosm Chronicles.”