If you want to make someone completely shift their idea of who you are, tell them you’re an addict.

It’s like their brain suddenly drops a cage around you or grabs a stick and draws a circle around who you can be, what you could accomplish, and what your tendencies are.

They don’t necessarily mean to do it. But if it’s not something they themselves have experienced or dealt with, their inability to relate splits a canyon of distance between you. You have problems. (Of course so do they… but yours are different. Yours are dirty. Dark. You’re a junky. A thief. A liar. However their past life experiences or social stereotypes define “addicts”—so you are.

When it comes to opioid dependency and opioid addiction our culture has a really hard time letting go of stereotypes. Race, religion, political views, occupations… people aren’t given the opportunity to reveal and share themselves before getting put into their (in)appropriate cages.

I was addicted to opioids beginning at age 19, and took them (assuming I could get ahold of them) daily for about four years.

There were a couple of breaks in there where I’d clean myself up, but looking back its pretty obvious those clean stretches weren’t motivated by any real desire to quit.

I grew up in a Christian home, attended a Christian school, and lived on my own from age 18. Periodically I felt this sense of guilt—but even more so fear—of my habits. Not just the pills, but girls, drinking, smoking, etc. Every once in a while the “fire and brimstone” would get to me, and I’d try to get my shit together. And if it wasn’t that, then it was because I was broke, or needed a new place to live, or I got caught and needed to stop. Whatever the reason for getting temporarily clean, it wasn’t enough.

I’m sure you’ve heard: “You can’t quit until you actually WANT to quit.” I can tell you that’s definitely a real thing.

I remember when that day happened for me. It came as suddenly as my “need” had manifested itself. Suddenly, I wanted to stop and I wanted it for me.

There was just one thing to beat: fear. The fear of what people would think of me when they knew I was an addict. Fear of losing my job. Fear of the hearts I would hurt and people I’d disappoint. And most of all, the fear of withdrawal.

If you haven’t experienced opiate withdrawal, it’s the worst thing in the world. I swear to god that as I’m typing this out, I have a pit in my stomach and just want to stop thinking about it. Fuck.

It’s the worst punishment I can think of. But like a toddler with a short memory, sometimes after the punishment has been endured, the pain wasn’t really bad enough to keep you from wanting to do it again—especially when doing it feels as perfect as the consequences are agonizing.

Days and weeks went by but nothing really changed. I wanted to change. I wanted control of myself. I wanted to stop spending every second and every dollar I had on just surviving the day. ”I’d totally stop now, but I re’d up for the weekend,” I’d tell myself. “And I can’t be sick TODAY… But when these are out, I’m done. For real this time.”

The cycle continued for a while, a teeter-totter of “Worry vs. Want”. The whole time, I had no idea during all of this that there was another option, a kind of “Plan B’, something that could really help me change.

A close friend of mine—recently clean—told me about Suboxone treatment. I hadn’t heard of it, and I was skeptical. There couldn’t be an “easy” route or a shortcut to take.

It just sounded too good to be true. But it had to be because I was looking right at it. A month before I was snorting Oxy with this guy, and now he looks completely healthy and sober. The glaze coating his eyes has cleared. His face had color again. The gaunt cheeks filled back out. But the most obvious telling was the feeling of peace and happiness he carried with him again.

Holy shit, I needed that.

And it was from there that I looked into Suboxone treatment.

Suboxone, as it’s usually called by the most popular brand name, is a prescription medication made up of Buprenorphine and Naloxone, and most often taken as sublingual tablets or strips. Its purpose is to act as a controlled substitute to treat opioid  dependency/addiction. To break down its effects simply, it has 3 main benefits: (1) to act as a substitute for the illicit use of various opioids, (2) suppress and minimize the symptoms of opiate withdrawal, and (3) block the euphoric and other affects of all opiates.

If you aren’t familiar, you might feel like I initially did about it. It’s a steady supply of non-illegal opiate meds that’ll keep the user from going into intense withdrawal, so you can wean off of it and get back to your life. Simple enough.

But I’ve come to realize some things about this program that I think make it far better than any other options out there for people like me. Sure, it was nice to not have to look for my drugs all the time, or try to figure out how to try to maintain my $150 per-day habit. And of course, anything to avoid that looming withdrawal.

I’ll admit, I originally just saw it as a way to put it off, and get it out of mind, at least for now. I knew I was treading water in the middle of a huge ocean, and this was my life ring. What I didn’t realize was that it was actually the boat that would carry me all the way to the shore.

People often criticize the program because they think of it as enabling the habit or prolonging the same behavior. Other addicts who got clean cold turkey have given me shit for it in the past, too, because you’re “not REALLY clean.”

That’s fucking bullshit, and here’s why: What does it mean to be “clean”? And once you are, how long will it take before you’re dirty again?

Plenty of people can quit cold-turkey and be successful. But many, many more try and fail. And after failing again and again, their chances of trying to quit again diminish with each failed attempt, reinforcing the cycle and eroding their belief in their ability to truly change.

Let’s not forget about the dangers that withdrawal can have, and even more so, that relapse can have. If I was taking 5, or 6, or 7 10mg Hydros at a time, and then go back to my regular habit after 6 months of sobriety, I’m in the fucking hospital, if I’m lucky enough to even make it there.

Tolerance lowers much quicker than addicts realize that it does, and I’m sure that it’s one of the main causes for overdoses.

But what causes someone to relapse? I honestly think that the danger lies in the connection between addiction and dependency, and I think that trying to conquer them simultaneously really slims the chances of successful and long term sobriety.

Suboxone treatment separates the two—I don’t get any euphoria from my meds, but I also know that I couldn’t get any from anything else either until the Naloxone is out of my system. (By the way, that means I had no pain relief when I had my wisdom teeth removed or broke a bone.) There’s also a high risk that comes with even attempting to take any opiates on top of the Buprenorphine, so it’s just not worth it. Besides, all patients have regular drug tests and lab tests done to make sure they are only taking their prescribed medication, and at the correct dose.

The long and slow process of weaning down the prescribed medication teaches the patient to treat their meds responsibly, and gives them what their body is craving due to dependency, but with a clear and sober mind and body experience.

This makes the “want” so much easier to defeat. I personally found it relieving and motivating to be free of the anxiety and stress of chasing the high. With my doctor’s guidance, I began to slowly and surely cut the meds back. It’s been a long road, but I’ve never looked back. I don’t miss getting high. I don’t ever have cravings.

As far as I can tell, I’m clean and sober. Sure, if I didn’t take my meds, I’d experience withdrawal, but I only see that as a danger to what I’ve accomplished these last several years, not as a fear stemming from addiction. It’s taken a long time, and it’s going to require more. But this road to beating my opioid dependency has meant constant accountability, and it’s reinforced my defeat of addiction with each passing day.

I opened a business one month after getting on the program. I’ve employed over a dozen employees with extremely low turnover, which to me, says that me and my business are giving them a great place to work. I bought my first house with my wife of 6 years, who has been incredibly patient and supportive throughout all of this.

I could go on about all the things that I do now, or have now, but it would be redundant. The point isn’t “look at what I’ve accomplished”, but rather: “look what I never would have accomplished if I were still chained to my addiction.”

These are the things that define who I am—not my struggles. Opiates gave me a good feeling, but it wasn’t lasting. It wasn’t sustainable. It always let me down.

And to be honest, I don’t really think much about it anymore. I deserve more than addiction ever gave to me. I am making progress each and every day for me, and I don’t believe that it would have been possible without the Suboxone treatment. 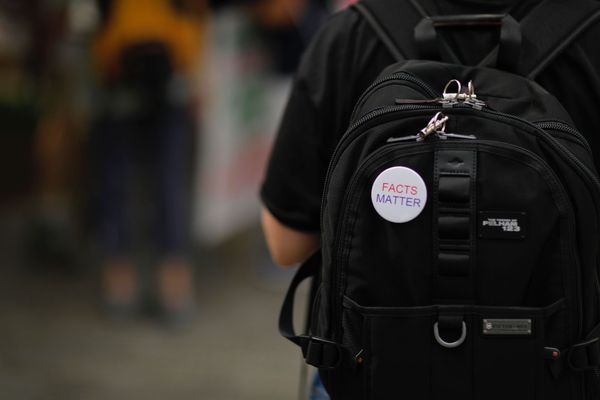 On February 12, 2019, without an agenda item and in spite of the evidence presented by the public and Blue Mountain Heart to Heart the previous week, the Franklin County 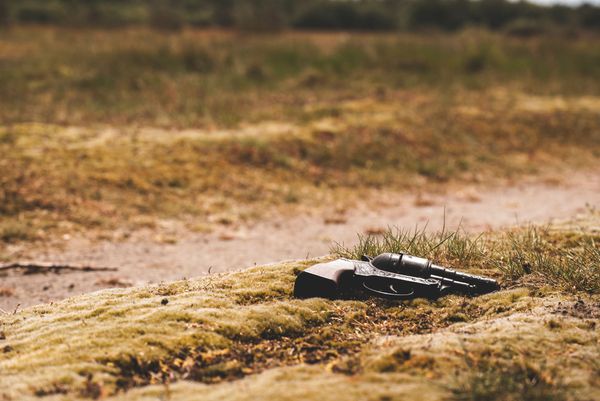 Last month, Saturday February 2nd, in Skyway, WA, a four-year-old boy shot his mother, who was 8 months pregnant, in the face while she laid on the bed watching TV