We write this with some trepidation before the election, but we are hopeful that Joe Biden will be elected President.

Assuming Joe wins, many of those who voted for him will be tempted to gloat. Trump will undoubtedly go down in history as the worst President in the history of the United States. And his supporters enabled him to damage our country in so many ways.

But now is the time for healing, not gloating or revenge, which would only lead to more acrimony.

What do we mean by healing? Consider the country of South Africa. When apartheid ended there in 1991, the majority Black population was given the right to vote. They could have used it to punish the white minority for the decades of oppression the Blacks had endured. Instead, they used methods of restorative justice.

One such approach is the Native American ‘talking stick’. Using this approach, the person with the stick talks; the other simply listens. An example of its use might look like the following: the aggrieved speaks of their experience, their anger and hurt. The perpetrator will likely at first be defensive, but by the second or third turn listens. The aggrieved feels heard, and the perpetrator learns the impact of their choice.

South Africa is known for using a similar truth and reconciliation process. Here, Black people spoke of their experience, whites eventually heard and admitted their offenses, and Blacks were then able to forgive and move forward.

We are not saying the complicit enablers of Trump committed offenses comparable to the oppression of Blacks by whites in South Africa, or that Trump supporters should be expected to renounce Trump and admit the damage their support for him has done to our country.

We are saying that if the South African Blacks can forgive the whites for their criminal actions, surely those who voted Trump out can forgive his supporters for choosing to support Trump rather than our country.

Many Trump voters were caught up in the cult of Trump and could not see his flaws. Those who saw his flaws put up with his abuses because of what he delivered to them (tax cuts, deregulation, justice appointments, etc.). Those close to Trump remained silent because they feared the loss of their own power should they cross him. Some recognized the danger posed by Trump’s actions, but justified their failure to confront him with the notion that by not standing up to him they were available to prevent even worse actions (read slippery slope).

Few of us know all of these types of Trump supporters, but most of us know some. If the supporters you know are friends or family, your challenge is to use the election as an opportunity to deepen your understanding of why they believe or choose the way they do. There can also be value in building trust and understanding with people you interact with on a professional or casual basis.

To heal the wounds in our social fabric, we must better understand each other. It’s not easy. Still, we can ask questions that seek understanding, and then listen for common values in the answers. The Braver Angels organization has a model for a workshop where people playing two sides of an issue practice asking each other the following questions:

As the ‘other side’ responds, listen and pay attention to how your body feels and what your feelings are. After each response, say what you heard in your own words and ask if you got it right. Then try to find values you share in common. Do not dispute, dismiss, or ridicule what you heard. Then the other side asks you the same questions and says what they heard as your response.

With friends or family, consider doing a modified form of this. The important thing will be for each to take a turn—one speaker and one listener at a time (the Native American ‘talking stick’ method)—with the added benefit, when ready, of each saying what they heard the other say and going back and forth until each side feels heard. We believe that people do want to understand each other a lot more. Listening and feeling heard is one of the most important gifts we can give each other.

As Braver Angels says, “The goal is to create a space for people to deal with their emotions (positive and negative), to build our capacities for working together to address our common challenges, and to commit ourselves to a renewed citizenship.”

Steve Ghan is a climate scientist who leads the Tri-Cities Chapter of Citizens Climate Lobby. Sharon Grant is a co-founder of Friends of Badger Mountain.

Photo by bruce mars on Unsplash

“Our feet are asleep, Sagittarius. That might not mean anything to you, but it tells us that this December is going to be your time to shine. And we mean really shine, like you are a beautifully polished piece of chrome!” 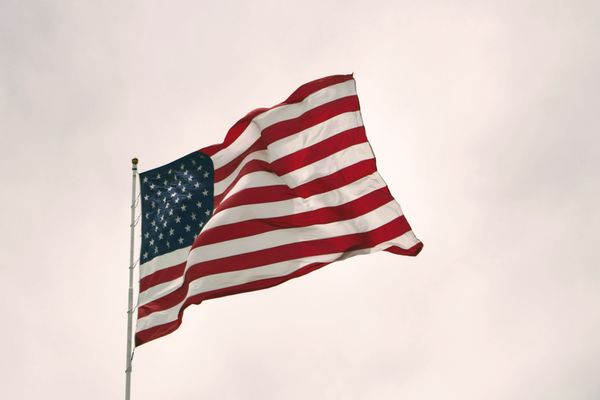 “Today is Election Day, and it is the most critical election for this country that I have adopted as my own. It seems to me that no one realizes the importance of supporting democracy.”