Twenty years ago, I was a freshman at Kamiakin, coming to terms with growing into someone I didn’t recognize in the mirror, while the me who read science fiction during class and wrote poetry in my spare time stayed hidden but alive.

That year, one of my closest friends committed suicide. We had gone to different high schools and drifted apart a bit, but I remember calling her out of the blue to chat. She answered but told me it wasn’t a good time. A few days later, I learned that she had taken her own life.

I was rocked. I remember feeling weak with the loss, and very few people in my life understanding how to support me. Even now, despite having experienced a great deal of grief in my life through the passing of loved ones and other important things that could not stick around, I have been unable to write honestly about what her life and death meant to me. Even though I have worked as a professional writer and poet for several years, I have been wordless when it comes to this.

I have been reminding myself to take my own medicine. I recently completed a collection of oracle poems called “blood gold and honey,” with which I have been giving readings to other people, with astounding results. I’ve been slowly starting to use my own deck, and I pulled a card for Kristin, for the 14-year-old me who learned how permanent a choice it is to say goodbye to life, and for everyone who feels despair in this wild and wonderful and often awful world.

I pulled the card “eight of honey.” It reads:

every cosmic instant is a turning. planets, set
in rigid orbit, catapulting their inhabitants headfirst
into the falling of new seasons. in an awesome
descent of leaf dropping from a mediterranean laurel,
a failing evergreen, the sun
shrouded in foggy vestement.

What does it mean? Immediately, I look to the image of the evergreen that won’t live, that will not stay emerald, but turn brown and die. Why? Because she didn’t get the sun she needed. The world denied her of light, the basic building block for her own existence. We are more powerless than we think, sometimes, as our planet keeps moving and throwing us off our center of gravity. Her choice was due to feeling like she had no choices. How can we come together to remind each other of the self-compassion that stems from recognizing how the earth is hard and soft at the same time, how we are doing our best while riding the Graviton-like centrifugal force of this world?

Each card in “blood gold and honey” comes with a second poem that describes a ritual one can perform. I look to this ritual to answer these last questions.

become intimate with a raven in the evening. lie in
repose under the branches of a western red cedar.
practice your raven call inside your throat. set out keys to
old churches & silver buttons from your grandmother’s
seal fur coat. court a corvid. woo this dark visitor. hope
he’ll allow you to lay your head on his feathered arm for
just one night.

Ah. The Raven. He is the winged messenger from the unconscious mind, that place where everything we don’t want to look at waits, like a fancy airline lounge. Just waiting to take flight. Sit with your dark thoughts. Date them. Take them on a picnic, learn to speak their language, bring them important gifts.

Why? Not to hold onto them forever. But often, when we push things away, deny them and ignore them, we simply make them a bigger problem. When we call something a problem, we make it more real and threatening.

Your despair, your loss, your grief, your feeling that you want to die and be reborn into something better, someone lighter, a winged animal—all of this is okay. It is good. Embrace it. Not to hold onto it. Not to act upon it. You are not marrying Raven. But love him, so you can part from him in the morning, feeling good about yourself. Spend the night in shadow, so you can love the light of dawn even more.

Know that there is only one truth: the change from the first poem, the shifting of the planets, that this, too, shall pass. Your pain will pass. Out of nowhere, the planet will turn and a star will shine upon you, reminding you of your true north. There is always a moment of beauty waiting just ahead. Don’t end the journey through the dark woods just yet. Allow yourself to be surprised. 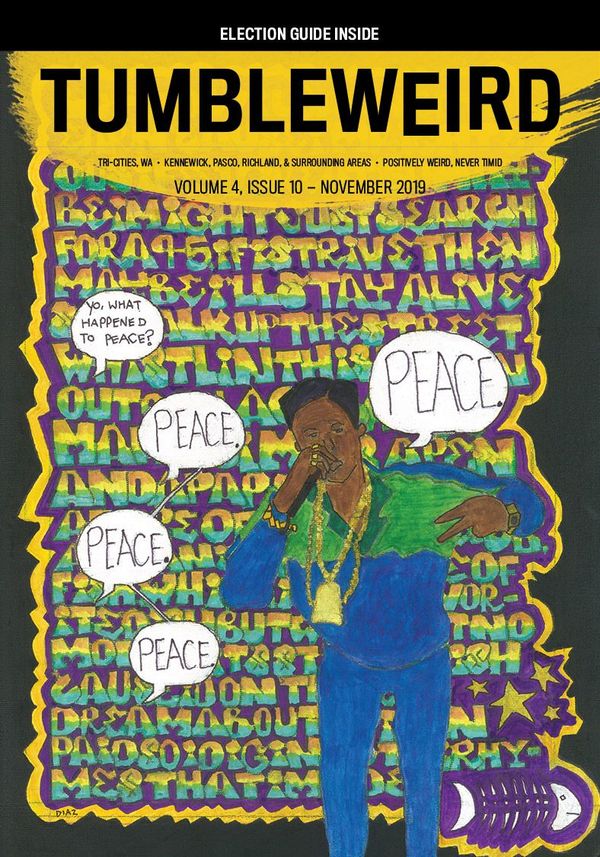 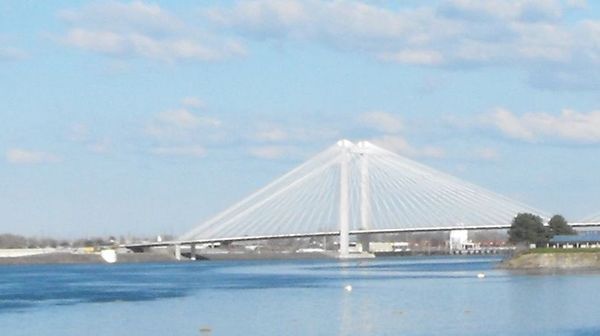 Nearly a year after the last public meeting on the topic, Monday's Pasco council workshop provided a status update on the initiative to transfer Columbia River shoreline ownership.