For the month of June, Target stores in the Tri-Cities offered little or no Pride merchandise to celebrate our LGBTQ community.

I typically love Target! But boy, was I disappointed.

I couldn’t wait to don my mask, wipe down my hands and cart with a sanitizer wipe, grab an iced coffee from Starbucks, and start filling up my red shopping cart to buy some LGBTQ Pride stuff. I was looking for LGBTQ-friendly merchandise to purchase for myself and my husband.

To provide some context, I am a Christian ally of the rainbow community, who moved here from the east coast two years ago. I believe that God made LGBTQ people exactly as they are and that their unique identities are beautiful. I would like to see a more kind and equitable community grow here in the Tri-Cities, which includes fighting against racism and the mistreatment of our rainbow community. My husband and I wanted to have some clothes (for example, a T-shirt or hat) to outwardly show our support for our rainbow friends and family.

It seemed like a simple enough task, heading to my local Target store for some LGBTQ merchandise.

It was hard for me to believe that I couldn’t find any Pride merchandise. I asked numerous employees at the store if there was any LGBTQ or Pride Month merchandise and they either looked at me blankly or
said no.

One pointed me in the direction of the pet supply aisle, but I was not looking for pride merchandise for my dogs. I would have thought that Target would supply merchandise for people before animals, so I found that to be disconcerting.

When retailers leave out marginalized groups in their merchandise orders, particularly when there is a national holiday or recognition like Pride Month, it has a silencing effect on members of that community.

It means less visibility for the gay and trans community in the Tri-Cities when there are no clothes to buy at your local big-box store—no flags, no ornaments, no hats, etc.

In other words: no celebration.

I have to wonder if that is what the owners or inventory managers of these Tri-Cities Targets intended: to exclude LGBTQ people and their allies by not selling merchandise that supports them.

I friend of mine spoke with a manager at the Kennewick store off the record, who said that they didn’t have any Pride merchandise because their location was not a high-traffic store, such as the Targets around Portland which have more customers.

However, why wouldn’t the Kennewick Target buy a smaller amount of inventory, instead of none at all? Inventory managers typically will supply a product in smaller or greater amounts given the population size or “foot traffic” of the store, but it doesn’t mean they leave out the product entirely.

I spoke with a manager at Target in Richland over the phone, but she declined to comment on the matter.

The simple fact that Pride month merchandise has been left out of
our local Tri-Cities Target stores, when a lot of other Targets around the country are supplying such goods, keeps a system of oppression in place. We see systemic oppression play out with race as well as gender and orientation.

Why? Because silencing people’s identities, whether Black or gay or Muslim or Asian or transgender or any other identity factor, creates
an environment that is exclusive, biased, and prejudiced, catering only to ‘mainstream’ Americans and leaving out marginalized groups.

To be fair, this may not have been Target’s intention. However, to build a more equitable world, we as consumers (and as inventory managers) have to look at our systemic choices and see where we are hurting people. We are a consumerist, capitalist society and what we buy and how we express ourselves go hand-in-hand.

I don’t like the dearth of Pride material, and as a Christian, I look at this choice to leave out LGBTQ Pride Month merchandise in Tri-Cities Targets as unloving. It’s not inclusive of all people. Teresa of Avila called Jesus Christ a “wild and broken-hearted Prince of Love,” and he was a liberator, a friend to the marginalized.

When people in power make choices that silence people and shut down their identities—choices like not supplying Pride merchandise—this is antithetical to love.

Christian or not, we can probably all agree that the lack of Pride merchandise for sale at our Tri-Cities Target stores is an oversight at best, and a prejudiced choice at worst.

Hopefully Target inventory managers will do better to supply Pride merchandise to all Tri-Cities locations in the years to come, recognizing that there is a vibrant LGBTQ community in Eastern Washington. And hopefully all businesses in the Tri-Cities will soon become LGBTQ-affirming and welcoming.

To be fair and accurate, I want to add that Target is including Pride merchandise for sale on its website, and has even donated to GLSEN, an organization dedicated to LGBTQ inclusion in K-12 schools.

Kristen is a writer and a graduate of Yale University. She lives in the Tri Cities with her husband and children. Her article first appeared on Kristen’s blog, where she advocates for LGBTQ inclusion in the Christian Church: https://kristenvhmiddleton.com/

Photo by Jason Leung on Unsplash 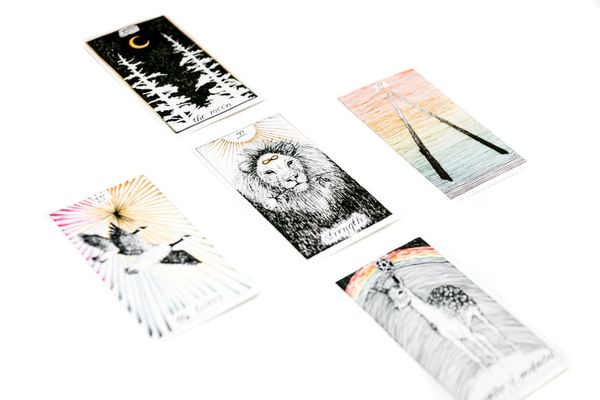 “These cards point out that we cannot afford to stop looking out for each other and fighting for a better world.” 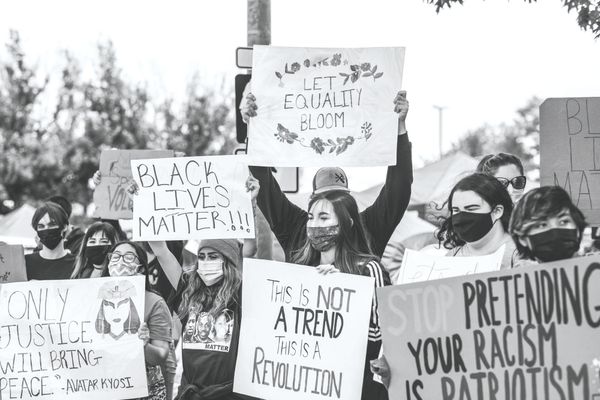 “People are finally challenging themselves to take a hard look at institutional and systemic racism, and are educating themselves and each other.”