When there is an imminent health threat like COVID-19, it is fascinating to see how quickly people can change their behavior. Economies come to a halt, people wear masks and even though we are social creatures, we practice ‘social distancing.'

However, when health threats are looming further out in the future, we don’t seem to act at all. Are we becoming like the frog in slowly boiling water, oblivious of the danger until it is too late to jump out?

Plastic has been produced since the 1950s and brought us a lot of progress and convenience. No doubt it is an admirable human invention. Due to ‘fast moving consumer goods’ and the exponential growth of disposable plastics, its production has been growing so fast over the past decades that it is now a very large portion of our waste.

Despite its publicly known problems (polluting water and air), the plastic industry plans to almost double production over the next 10 years*.

Plastics end up in the air and in the food chain; it may threaten our health in the future.

Plastics break down into microplastics over many years, and if currently we are already ingesting a credit card of plastic every week**, you can be sure, if nothing in our behavior changes, a decade from now we will have a ton of plastic in our standard diet.

Plastics are collected in the Tri-Cities as part of the ‘single stream’ recycling and transported to a Material Recovery Facility (like the ‘SMART’ facility in Spokane). At that facility, 15% may be sent to landfill due to contamination, and the rest is separated/bailed and shipped to countries in Asia (most likely). Countries in Asia are known for mismanaging their waste, so we just move our problem elsewhere. It may end up adding to the ocean garbage patch.

Because the Consumer Packaged Goods industry in the USA can’t meet their goals of using a certain % recycled content in their products (due to low recycling rates), many new plastics recycling projects have been announced over the last three years.

Policy makers share the concern. As a country, the US bans microbeads (used in cosmetics). Plastic bags are banned in eight US states and are banned in 200+ municipalities across the country. Two thirds of the countries around the globe have some kind of restriction regarding plastic bags, or ban straws or single-use plastics in general.

We don’t have to wait for a ban. We can just use our common sense and change our consumption behavior voluntarily, for the health of future generations.

Until industries put a realistic price on convenience, come up with innovative solutions, or packaging designers use their creativity more purposefully, we can do our part. There may be a future with less need for recycling plastics in the end. No doubt we will still be consuming. Just differently.

Liquids are heavier and always come in plastic jugs. This seems to be a no-brainer; plenty of options in powder, solids, or new dry forms.

On-the-go consumption contributes largely to the single use plastics problem. A little bit of discipline can go a long way.

*The Plastics Pipeline: A Surge of New Production Is on the Way

** Oh, yuck! You're eating about a credit card's worth of plastic every week

Jenni H. recently moved to the Tri from Atlanta, GA where she was called the ‘Trash Lady’ due to her recycling advocacy. 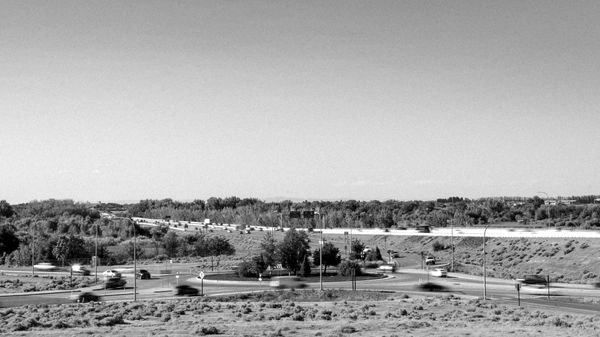 “I grew up in Tri-Cities, Washington. As a child, I heard the n word thrown around—not often, definitely not in polite company—but I remember hearing it used in casual conversation as if it were a meaningless cuss word.” 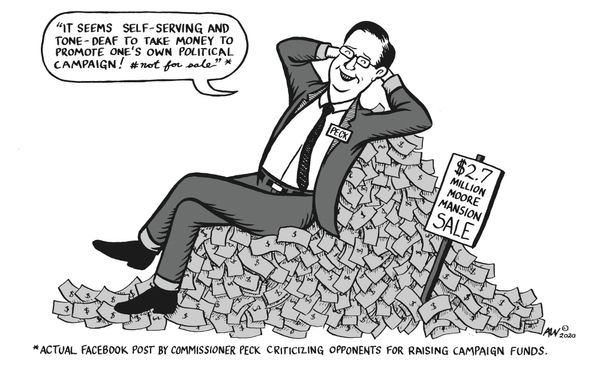 Peck cartoon by Adam Whittier. Adam Whittier is a cartoonist based in Richland. Find him at adamwhittier.com or follow him on Instagram