I grew up in Tri-Cities, Washington. As a child, I heard the n word thrown around—not often, definitely not in polite company—but I remember hearing it used in casual conversation as if it were a meaningless cuss word. I remember hearing my mother complain about the community of “suspicious immigrants” that made up the majority of Pasco’s population, the neighboring town, despite the fact that she loved visiting and helping the Latino friends of hers in the church. The irony was lost on her. The community I was raised in did not believe that racism existed in America. Not in a way that mattered.

The culture I was raised in believed that any problems People of Color experienced due to their skin ended during the civil rights movement, and that discussing racism in America was pointless and a strawman argument for sneaking in government policies that threatened their liberties and way of life. We had never experienced the unfair treatment associated with being Black because we ourselves are not in that demographic, so why would we?

I remember being a 20 year old in Spokane. At the time, “The Boondocks” was one of my favorite shows. It’s about a Black family and the struggles they face that come with living in America. I felt enlightened watching it. I quoted the show regularly in social situations. One time I said a full quote that included the word “nigga” because I did not understand why that was an issue, given that there were no Black people present. It sounds so stupid to me now, but I did not know any better.

A friend of mine had the bravery and the heart to pull me aside and tell me that it was unacceptable. I don’t remember her phrasing, but I do remember that the message I got was:

I had never been challenged to look at my own behavior and perspective in a critical light. I was painfully ignorant. Dealing with the shame of that experience allowed me to realize that ignorance in and of itself is not a thing to be ashamed of or a character flaw—a person cannot know anything until they learn it. What we should be ashamed of is consciously refusing to consider whether we have a counterproductive or harmful way of thinking. To realize that my beliefs were part of the problem was one of the most incredibly uncomfortable experiences I’ve ever had. It shook my ego to the core.

It is not a sign of having weak morals or beliefs to periodically reanalyze them. Open-mindedness only serves to complement and enhance critical thinking, and if a belief is truly good and beneficial then you will only reaffirm its validity by critiquing it. Many people are unwilling to entertain worldviews that contradict what they have learned about life, and never get to have experiences that shake their ego and allow them to grow.

Everyone suffers from ignorance in one form or another, but what turns ignorance into something dangerous is defending  it with false beliefs; for example, the belief that Black people are naturally more prone to crime than white people in order to dismiss the violence being used against the Black community. Being a criminal has nothing to do with being Black or white. It is a behavior exhibited on the individual level and is entirely unrelated to race. Rationalizing away the brutal treatment of Black people with vague arguments about morality instead of feeling a sense of sadness and outrage is inexcusable. By ignoring the suffering of the subjugated, you are choosing a side.

To the institutions that keep Black people in bondage, there is nothing more dangerous than the general population being educated about the truth. If you look at the history of the struggle for Black rights and justice, it is fundamentally centered around re-educating the population in order to allow for Black people to better defend themselves against flawed, evil systems of oppression, and for white people to see the nature of reality, however uncomfortable it makes them. When you listen to advocates of BLM you know that the heart of BLM is to enact real, lasting, positive change to improve the lives of our fellow Americans. One of the most powerful ways to improve the quality of life for Black Americans is through changing the beliefs of people in this nation away from fear and criticism to that of empathy and compassion. Many are unaware that the level of criticism against peaceful Black protest forces the Black community to suffer in silence.

The unfortunate truth is that this country is flooded with people who are looking to delegitimize the BLM movement by spreading the narrative that it is a made-up or exaggerated issue to propel a dangerous agenda for the purpose of destroying our country. I’ve heard it; I’ve lived it; I was that person once. That narrative is absurd and does not deserve our attention, but the fact of the matter is that a massive portion of people in America are ignorant of the reality of the issue and just want to believe that BLM is wrong. Thinking that things are good enough for the Black community because it looks that way from the outside is actively preventing society from improving.

The opponents of BLM make seemingly logical arguments against the movement, and ignore the underlying problem. They say, “BLM protesters are violent, “BLM is anti-American propaganda,” and an example from my own mother's mouth, “I heard that the police officers found meth on George Floyd’s body.” Even if this were true—which it is not— that would not excuse his murder. My mother has lost relationships with family over their addiction. If her family member had been strangled to death by the police for the same reason, would she have said the same thing? Should anyone found with drugs on them be immediately strangled to death? Is that the world that we want?

The entire wealth of our nation would not exist without slavery. Black people were brought to America as disposable resources to build the current economic system.   Our economy is a palpable representation of the death and exploitation of Black people. Peaceful attempts from the Black community to discuss their experiences are met with character accusations and generalizations about how they are responsible for bettering themselves .

What the Black community needs and deserves is an end to the unfair treatment they experience at a disproportionate rate. This requires people like you and I to second guess the subtle messages that are being spread in our social circles. When someone starts rationalizing away unfair treatment by making sweeping generalizations or dismissing the message behind BLM, speak up. I am speaking from experience as an ex-racist that what changed my perspective and removed the fear and defensiveness from my heart was bold, kind, and assertive communication. 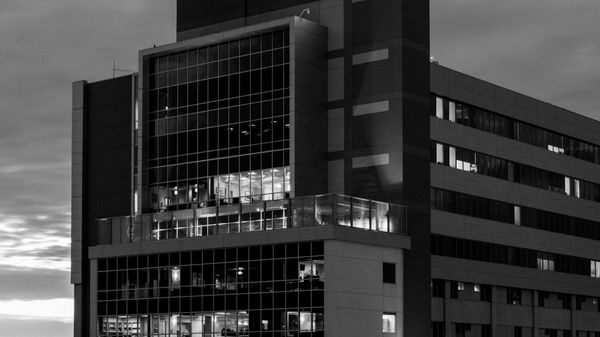 “The healthcare system in the United States is incredibly broken, and its weaknesses are being witnessed firsthand by Americans during a time when they are most in need of reliable healthcare.”

“We don’t have to wait for a ban. We can just use our common sense and change our consumption behavior voluntarily, for the health of future generations.”